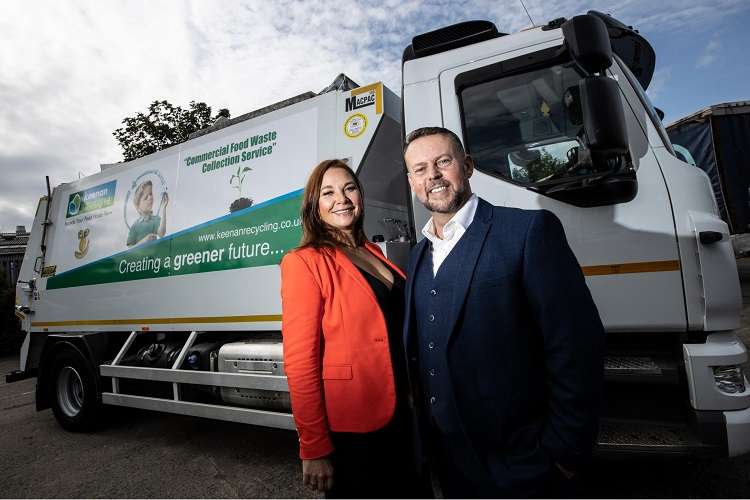 KEENAN Recycling has been recognised as one of the UK’s most sustainable organisations at a prestigious industry awards ceremony.

The British Renewable Energy Awards (REA) recognise and celebrate the achievements of companies and individuals who have done something outstanding in renewables or clean tech over the past year. This year’s awards ceremony, which took place online, saw Keenan Recycling presented with the Sustainability Award.

This most recent accolade for the UK’s largest commercial food waste collection business, highlights Keenan’s committed approach to sustainability. Its entire business is dedicated to the circular economy, reducing waste going to landfill and emissions by recycling food and garden waste into biofuel and compost.

Managing director, Grant Keenan, said: “This award recognises our passion for the circular economy and our ethos of working in partnership with customers and stakeholders to make recycling of food waste a business imperative.

“With roughly one quarter of man-made greenhouse gas emissions created by leftovers and surplus food going to landfill, we help them understand the impact that food waste has on the environment and work with them so they can play their part in reducing their carbon footprint and, in turn, generating renewable power.”

Initially set up as a garden composting business in 2001, before turning its focus to commercial food waste in 2009, Keenan’s goal is to play a major role in replacing the largely linear economy of ‘take, make and dispose’ with one in which resources, such as food waste, are recycled and reused, avoiding or reducing the need for virgin resources.

This shift in focus led to Keenan’s investment in its integrated approach to collecting and turning organic waste into green energy. Supported by funding from Zero Waste Scotland, Keenan supplies anaerobic digestion plants (ADPs) with liquid biofuel derived from food waste that’s used to generate electricity for heat and power.

Working with a diverse range of sectors and clients including local authorities, hospitality and commercial business units, Keenan is currently processing more than 100,000 tonnes of organic waste a year to generate biofuel and compost.