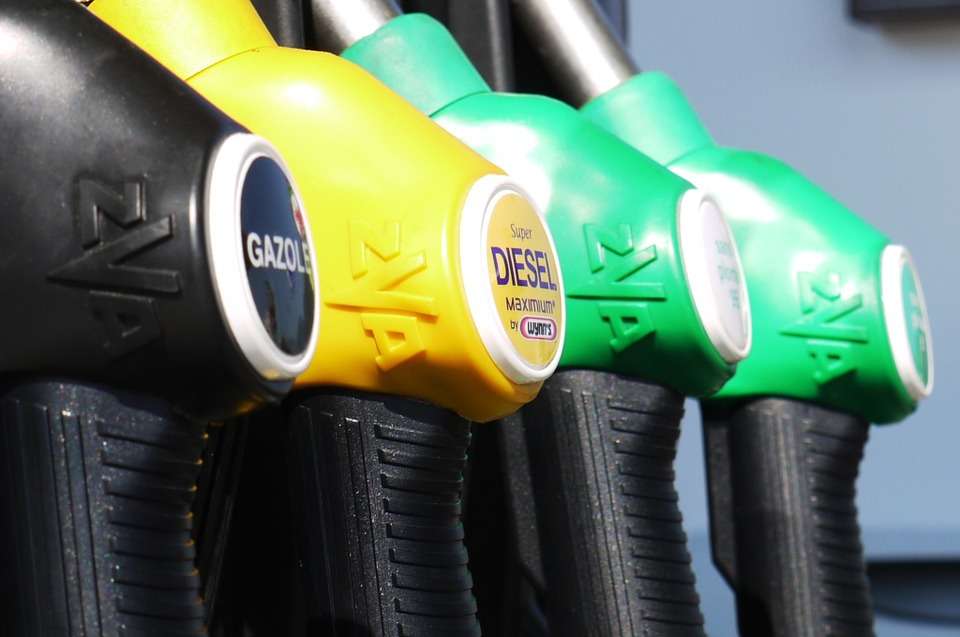 Probably one of the most aggravating topics of debate for drivers in recent years has been the constant, rising cost of fuel. Prices commanded at the pumps, up until recently were beginning to rise at an alarming rate, even forcing some drivers off the road.

Fuel consumption is one of the most serious, contributing factors in pollution, with road transport causing around 20% of all CO2 emissions. Because of this, countries charge levies on the amount of fuel per litre. Currently, the amount of tax per litre in the UK is 69.4p for petrol and 66.41 for diesel.

The price of fuel hit a surprising low in December 2008. According to the AA, the price of petrol was 89.48p a litre and diesel was £101.93p a litre, with the price difference fluctuating over the previous months from as much as 13p a litre.

Post 2008, the situation gradually worsened for drivers as fuel prices started to yo-yo at what could only be described as staggering rates. So much so, that in March 2012, fuel prices hit a record peak of £1.42.48p per litre for petrol and £147.93p for diesel.

In the seven years since then, drivers across the UK have been furious with the inconsistency and unaffordable prices the pumps have commanded.

It’s not just individuals that have felt the pinch of fuel costs. Businesses across the UK have had to cut back on the amount of vehicles they have in their fleet and look at ways to reduce costs and make their motoring budgets viable.

In recent months, the cost of fuel has dropped. Reasons for this include the supermarket price wars, increase in fuel-efficient cars, weakening economies of supplier countries and the price of crude oil.

Motorists at one point earlier in the year were hopeful that the price of fuel would be somewhere in the region of £1.00 a litre, with one petrol station in Birmingham being the first in the UK to charge this price.

In the April 2015 budget set out by George Osborne, the Government promised a freeze in fuel duty, which was planned to start in September 2015, at a cost of 0.54p per litre.

However, it isn’t time to start celebrating just yet, as the AA believes that reduced fuel prices will be short-lived. The imminent increase in the price of crude oil will undoubtedly be passed on to the consumer as the product cost itself rises.

The Motoring Organisation revealed that in the space of just one month since the start of the six-year low at the pumps in February 2015, the cost of fuel had risen by five pence. If the cost of fuel was to carry on at this rate, by the end of the year, fuel prices again could surpass similar 2013 peak prices, even exceeding previous record highs.

Peter Zaborsky from PetrolPrices.com says, “There have been wild swings in the price of oil which has affected the price of fuel in a big way. The drop in fuel has meant that the cost of producing petrol decreased by a lot. This was mostly due to overproduction in the world, meaning a huge supply of oil was on the world market, pushing prices down.

“But, now we’ve definitely found the bottom and the prices have bounced back a bit. This bounce in the oil price (mostly due to speculation that we’ve hit the bottom) has meant that petrol prices have also risen.”

For skip hire companies with fleets of larger vehicles with heavy loads, the amount of fuel consumption can be an ongoing issue.

It ultimately comes down to how the vehicle is driven.

Driving your skip lorry carefully and considerately will not only help reduce fuel consumption, but will help maintain the overall condition of the vehicle and reduce the amount of pollution.

The majority of a vehicle’s energy is lost through the engine and the powertrain. However, some makes it to the tyres. Tyres which are under-inflated force your engine to work harder; this can increase your fuel consumption by up to three per cent.

Over-inflated tyres can be very dangerous and can even blow up due to the increase in pressure and the speed of the vehicle.

Checking your tyres regularly can help prolong the life of them. Vehicles with heavier loads may need their tyres readjusting accordingly as they may require a different air pressure than normal.

You can also invest in, LRR (low rolling resistance) tyres, which can reduce the resistance of the roll by up to 10%. Most new vehicles come with these as standard, however older vehicles may not. Purchasing these tyres can improve fuel efficiency by up to 3%. Although these tyres are believed to have a shorter life due to their (sometimes) thinner tread, however, the fuel savings over the period of their wear offsets this.

Always check your vehicle handbook to find out the correct pressure needed for certain driving conditions. Simon Williams spokesperson for the RAC says, “It’s important to make sure vehicles are well maintained in line with manufacturer guidelines. Tyre pressures should be checked at least once a month as underinflated tyres can make vehicles less fuel efficient.”

Many drivers believe that turning their engine off and back on when stationary for short periods saves fuel, such as when at traffic lights. This is a big misconception and isn’t necessary unless you’re in a huge traffic jam and won’t be moving for a while. Turning the engine off and on uses energy due to the pistons firing up the car, which requires a burst of fuel.

Similarly, some drivers do what is known as ‘idling’ when in traffic; leaving the  vehicle’s engine running for long periods of time when stationary.  This burns fuel as your engine is still running, even though it is still.

Some vehicles today come with stop/start technology, which turns the engine off and starts it automatically when the brake is pressed and released. This type of technology uses less fuel than traditional key-start engines, as it is engineered in such a way that it uses less fuel to fire up the pistons; almost like it is going to sleep temporarily.

Although many heavy vehicles have a speed cut off point, it is always wise to drive at a sensible speed. Skip lorries are designed to be robust, rather than built for performance, so aren’t meant to enter any kind of road race with other similar vehicles.

The UK government in April 2015 brought out new speed limit regulations for vehicles over 7.5 tonnes. The limit has been raised to 50mph on single carriageways and 60mph on dual carriageways; up from 40mph and 50mph respectively. Whilst these new limits will encourage vehicles to move faster, drivers should be conscious of the fuel. Reducing your speed by just 10mph at certain speeds can reduce your fuel consumption by up to 20%.

Although skip lorries have inevitable weight on them due to their containers being full, overloaded skips will cause stress to the engine and consume extra fuel. Always make sure that skips are filled to the recommended weight only and never add additional weight. Even if it means doing two journeys, it’s better to keep your vehicle healthy, than to burden it, which causes the vehicle to drag.

Although predominantly an administrative task, planning your skip drop-off and return routes to be as efficient as possible in terms of miles and logistics can save hundreds, if not thousands of miles per year on the road. Looking at the jobs in a strategic manner and finding ways in which you can plan them in such a way so that vehicles aren’t zigzagging to and fro will benefit the lorries in the long run.

Regular servicing keeps your vehicle in tip-top condition. Although not mandatory like an MOT, they are just as important.

Having a service ensures that every part of your vehicle is in tip-top condition. This in turn enhances the performance; having a positive effect on overall fuel efficiency and consumption.

Also, if your vehicle is regularly serviced, it is less likely to fail its MOT.

Williams continues, “On the whole, regular maintenance and servicing improves overall efficiency and can therefore have a positive impact on fuel consumption.”

Although they may cost slightly more, in the long run your investment will pay off. New fuel economy standards, such as Euro6, means there are more fuel-efficient options available than ever before. More vehicles now are able to achieve more than 40mpg

Running an old lorry is false economy, whereas running a newer vehicle means that it would have been built with modern economy regulations with fuel efficiency being an integral part of the engineering.

Watching how the vehicle is handled can make all the difference to the amount of fuel consumed.

RAC spokesperson Williams says, “When it comes to large vehicles such as skip lorries, the best tip for fuel efficient driving is to get rid of the heavy right foot accelerator habit because that leads to filling up far more frequently and spending far more on fuel than is necessary. Gentle acceleration and deceleration, and keeping a consistent speed makes for fuel efficient driving which is also safe driving. This is not just good for company finances, but good for the environment and other motorists.

“Put simply, the faster you drive, the greater your fuel consumption, so changing your driving technique will ultimately improve your fuel efficiency. Adopting a non-aggressive driving style is key to better efficiency, so take care to ensure you’re not accelerating too quickly and then braking hard.”