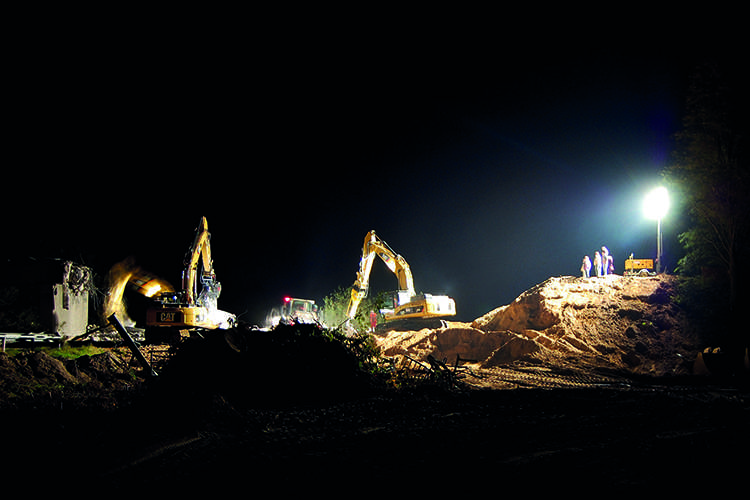 RETAIL sales of construction and earth-moving equipment in the UK market grew by 2% in 2018, after experiencing a fall in the last quarter of the year.

Prior to the 8% reduction in sales in Q4 (compared with Q4 2017), the trend over the previous two years had been to show steady, but slowing growth on a quarterly basis.

The graph below illustrates this trend, showing quarterly sales on an index basis, using Q1 2016 as 100.

Amongst the most popular machine types, crawler excavators (over 10 tonnes) showed the strongest growth, at over 16% ahead of 2017 levels. This pushed mini/midi excavators (under 10 tonnes) in to second place at 4% growth year-on-year.

The equipment type showing the weakest performance in 2018 was sales of telehandlers to the construction industry (only). After weak sales in the second half of the year, total sales in 2018 were 10% below 2017 levels.

The map below shows percentage changes in equipment sales on a regional basis in 2018 compared with 2017.

This shows some quite significant differences compared with the national total of 2% growth. The map indicates that the strongest sales were to London and Yorkshire, while the weakest sales of equipment were in the North East of England and in Wales.

Construction output in the UK in 2018 showed only 0.7% growth, according to the latest figures from the Office for National Statistics (ONS).

This was the lowest level of year-on-year growth for the construction industry for five years. Against this background, 2% growth in sales of construction equipment can be considered as a positive performance for the year, with sustained demand from the rental sector a key factor.

In contrast with domestic sales, UK exports of construction and earthmoving equipment showed very strong growth in 2018, according to official customs data from HMRC. This shows that exports reached £3,473 million, an increase of 19% on 2017 levels. This reflects strong demand in many of the major overseas markets, and is significant for UK equipment manufacturers, as exports of equipment are estimated to account for over 60% of UK machine production.

Imports of equipment also increased in 2018 to £1,633 million, which was 11% higher than 2017, and is consistent with domestic demand for equipment remaining strong. As a result of the above, the overall trade surplus for construction equipment showed a 28% increase in 2018, reaching £1.8 billion.

* The construction equipment statistics exchange was taken over by Systematics International Ltd. in 2017. This scheme is run in partnership with the Construction Equipment Association (CEA), the UK trade association.