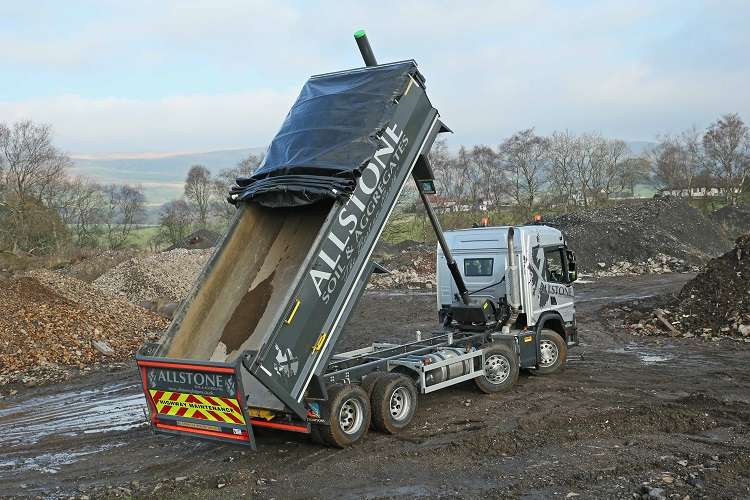 NOW supplying up to 250,000 tonnes of topsoil a year, Allstone Glasgow Ltd’s latest tipper has gained a double bonus by being fitted with both a HARSH Slide n’Go sheeting system as well as a HARSH lightweight front end tipping gear.

Why are these items so special?

Director and co – owner of the business Stewart McNeish said: “In our experience, the HARSH front to back sheeting system is the only one that guarantees 100% weather protection for the load being carried.

“This gives our clients complete assurance each and every load will be delivered in the same condition, which in turn adds to our reputation for quality of service and delivery.

“It also enables us to deliver exactly the same amount of material each time, because wet soil is obviously very heavy and the last thing we want to be doing is having a large part of our payload being water.”

Allstone notes that other advantages of the Slide n’ Go sheet is that its front to back operation makes loading from either side of the vehicle equally easy with next to zero risk of a shovel damaging the sheet.

When travelling with the sheet in the closed position the truck’s aerodynamics are considerably improved, resulting in a small but worthwhile improvement in fuel economy.

Having used HARSH sheets before, Stewart is also impressed by the company’s backup services too.

He added: “We had a repair issue with an early HARSH sheet, but their service people got it sorted very quickly and entirely at their own expense. That inspires confidence and trust in the whole HARSH operation.” 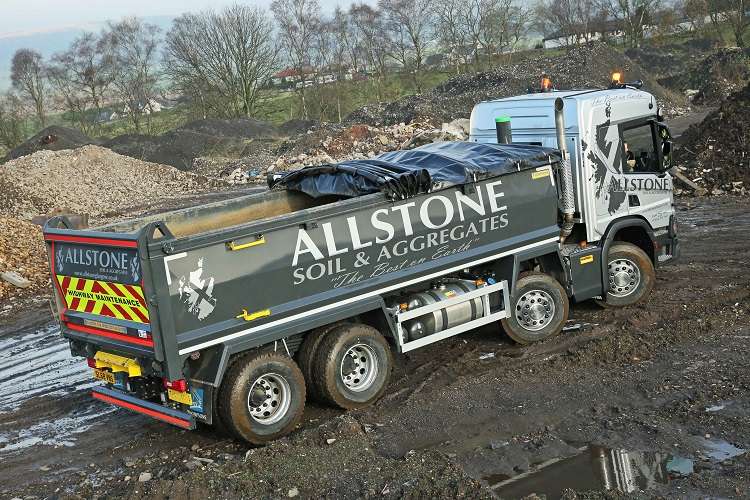 Looking to achieve the optimum balance between payload and performance, Allstone’s new Scania has been specified with the smaller and lighter P cab as well as with a lightweight HARSH combined ram and tank front end tipping cylinder.

The body is a single skinned all – steel Loadmaster Lite, built locally by Thompsons at their factory outside Edinburgh.

Allstone’s transport manager, Robert Tipping said: “You might describe the truck we really need as a lightweight heavy duty tipper. We can’t compromise on the ability of the truck to handle all our jobs – which also include moving stone, aggregates and recyclables – but we do want to save weight wherever possible.

“The HARSH cylinder gives us a worthwhile few extra kilos of carrying capacity. As they say, every bit helps!”

Stewart concluded: “Our aim is for zero downtime, top fuel economy, happy drivers and maximum residual value. As a specific example, the vehicle that our new Scania has just replaced had multiple bodywork problems.

“So, this time we had no hesitation in choosing a Thompsons Loadmaster, especially as they are now built locally. Right now, we think the Scania/HARSH/Thompsons combination looks unbeatable. We are absolutely delighted with our new truck.”

Founded by Stewart and co-owner Gerry Sweeney, Allstone Glasgow Ltd operates out of a 200-acre site at Milton of Campsie, serving a wide range of clients throughout Scotland in the construction, building, landscaping and sports facility industries. 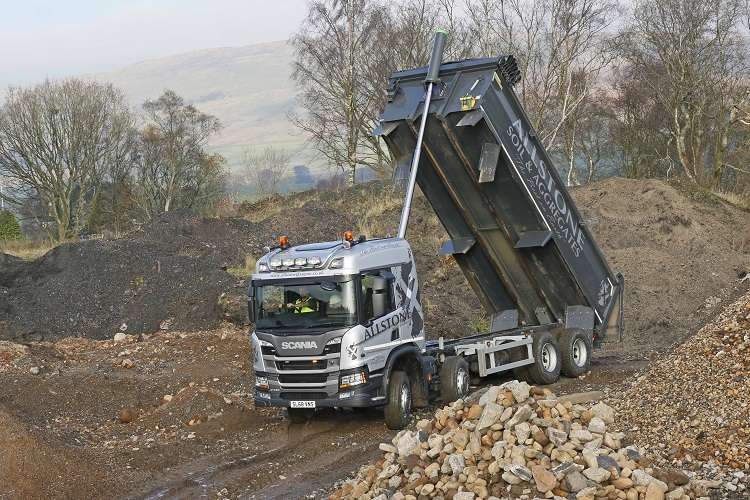