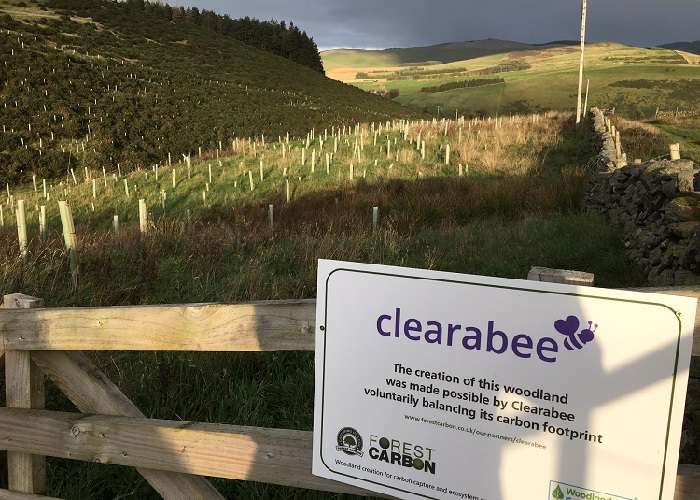 CLEARBEE, the on-demand waste removal business, today announced that it is becoming carbon neutral by supporting the creation of four hectares of new woodland in Scotland.

Clearabee’s forest, located near Peebles in the Scottish Borders, will offset all of the known emissions from the company’s fleet, office and depot operations for the next 18 months, after which a new woodland project will be developed.

Clearabee, which provides junk clearance and rubbish removal services to thousands of domestic and commercial customers across the UK each month, has worked with Forest Carbon since mid-2018 to plant more than 6,500 native broadleaf trees on the banks of Kidston Burn, a tributary of the River Tweed.

Daniel Long, founder and managing director at Clearabee, said: “Clearabee aims to achieve the highest environmental standards in the waste management industry and this new ‘Forest of Clearabee’ takes us a big further step in that direction.

“As our operations expand we will invest in more initiatives of this kind to ensure that we remain carbon neutral and improve our green performance further.” 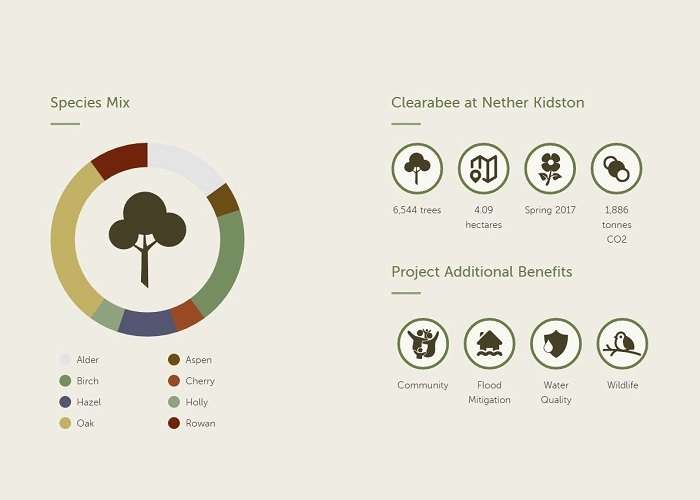 Planted primarily with oak, birch and alder trees, the new woodland will capture at least 1,886 tonnes of carbon over the next 60 years.

It also provides a new riverside habitat for wildlife and has reduced the risk of flooding in Peebles and other downstream areas.

Stephen Prior, Director at Forest Carbon, said: “The UK’s Climate Change Act seeks to reduce carbon emissions by 80 percent by 2050 and is a target that requires the efforts of governments and businesses alike.

“Clearabee’s commitment is an example of how, independent of the size of business, every company can do the right thing, improve their environmental performance and contribute to these wider goals.”

Clearabee joins a growing number of leading businesses, including M&S, Microsoft and Nationwide, who have created woodlands with Forest Carbon to boost their environmental performance.