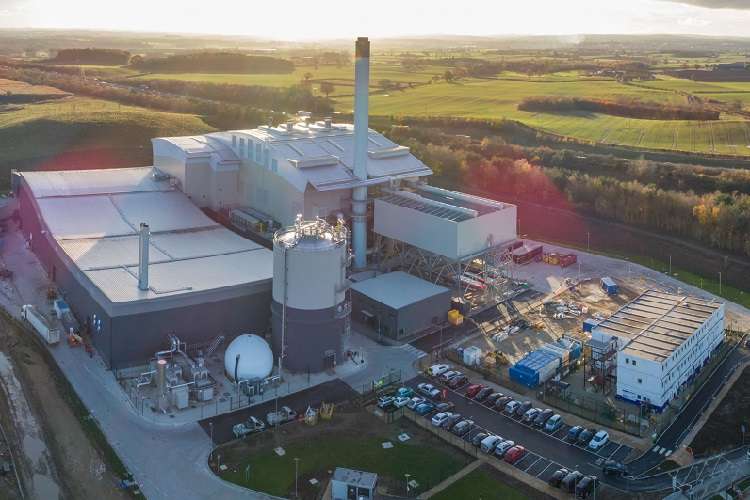 The plant, situated at the firm’s Allerton Waste Recovery Park, will transform an annual 320,000 tonnes of waste from households in North Yorkshire and York into enough power for at least 40,000 homes, reducing landfill and increase recycling.

The three-year build programme was lead by infrastructure specialists Amey and reached its final construction on 1 March when it formally moved into its 25-year operational phase.

“A decade ago we were not in this market. Now we have one plant live, two on the way in Milton Keynes and the Isle of Wight, and one planning application submitted in Cambridgeshire.”

Allerton Waste Recovery Park will deal with up to 1,400 tonnes of waste per day. First, the waste passes through mechanical treatment where machinery separates the recyclable, food and biodegradable material. Recyclates can be reprocessed into new products while biodegradable materials pass to the anaerobic digester for conversion into electricity.

The complex and high-profile project – built on a former quarry and adjacent to a landfill site near the A1 – was completed within budget by Amey under the Government’s Public Private Partnership scheme to finance, design, build and operate the facility.

Allerton Waste Recovery Park is unique in the UK for combining three state-of-the-art technologies on one site – mechanical treatment, anaerobic digestion and energy from waste.

Together, the technologies increase recycling from collected ‘black bag’ household waste in both the North Yorkshire County Council and City of York Council, while cutting the amount sent to landfill in the county by at least 90%.

Amey, with a turnover of £2.2bn employing over 19,000 people, are partnered with Equitix and the Pensions Infrastructure Platform who together are the shareholders in the SPV contracted to build and operate the plant for the next 25 years.