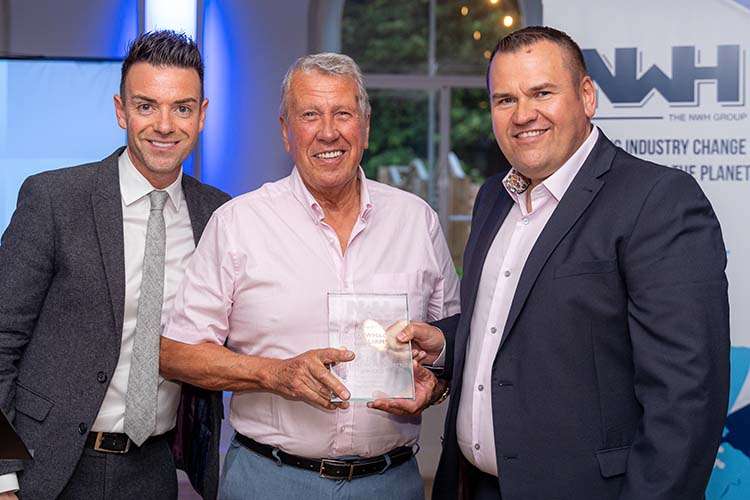 ON behalf of the Edinburgh-based recycling company, The NWH Group, Des Clarke, the Scottish comedian and broadcaster, has presented a lifetime achievement award to David “whacker” Williams (75) from Dunbar.

Williams, who co-founded The NWH Group back in 1967, remains with the business as a garage hand at the company’s Mayfield site.

On presenting the award, Des Clark said: “Fifty-five years on from founding the business, he will still be found in his red overalls taking vehicles for MOT’s, or under a vehicle offering his words of wisdom. This award is presented to a man who has dedicated his entire life’s work to the success of NWH. David is the veryfoundation, the backbone and all-round legend of NWH.”

Today, David’s family continue the legacy with sons Mark as CEO; Craig as Group Executive Director; and Ricky as Company Director; as well as daughter L:isa, who recently retired from her role as Head of Human Resources. From humble beginnings serving the local agricultural industry in and around Midlothian, this team has been instrumental in growing the business to what it is now – one of the UK’s leading recycling and waste management businesses.