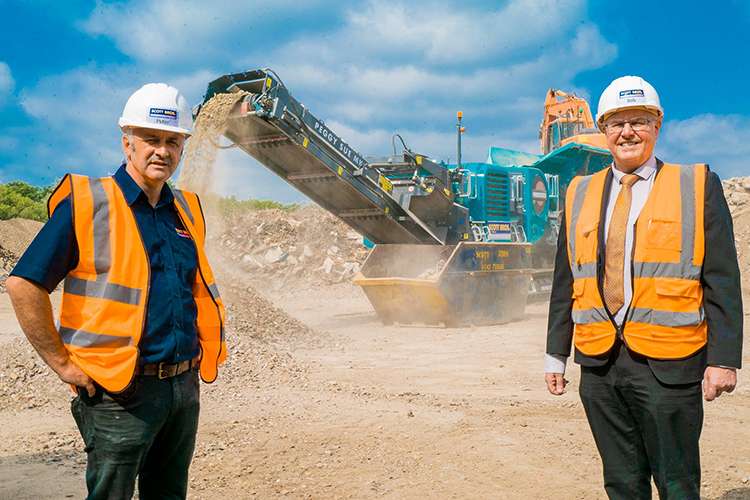 SCOTT BROS has estimated the ban on red diesel will cost it an extra £1.5 million per year and have a disproportionate effect on eco-friendly businesses.

The family-run firm, which used it to fuel vehicles and plant involved in the recycling process, was paying 70p a litre, which rose in recent months to almost £1.

Following the new HM Revenue and Customs rules introduced on 1 April, the company has had to switch to white diesel and is now paying in the region of £1.60 per litre plus VAT.

It says the extra costs imposed on businesses operating within the circular economy will adversely affect the UK’s ability to achieve its net zero target by 2050.

Scott Bros is currently investing £6 million in building the UK’s joint largest wash plant on Teesside that converts construction and excavation waste into high quality sand and aggregate for use in the building and construction industry.

It previously invested £1 million in a smaller ‘urban quarry’ which has proved successful at diverting waste material from landfill and avoiding the need to quarry finite resources.

In addition, the company recently set up a laboratory and employed a scientist to examine ways of replacing high-carbon materials like bricks and concrete with products made from recycled materials. It is also taking part in research into carbon sequestration, the process of capturing and storing carbon dioxide in the atmosphere.

Scott Bros already uses recycled waste to fuel a biomass plant which warms its headquarters near Stockton, while electricity is generated by solar panels on the roof.

Peter Scott, a director, said: “Much of the machinery that runs our recycling processes was powered by red diesel and I fear this ban will be detrimental to the work of many small businesses at the heart of the circular economy, particularly those investing in innovation.

“We are working hard to recycle and reuse an even greater number of materials while developing innovative, eco-friendly products but such extra costs are counter-productive and could slow the drive to achieve net zero by 2050.

“We have also investigated the possibility of converting our fleet of skip lorries to pure electric, but the technology simply isn’t there yet to allow us to do it.”

Bob Borthwick, a director of Scott Bros, added: “Recycling uses less energy and creates less pollution, but everyone needs to accept that – until there are viable and practical alternatives – the process will inevitably involve some elements that have more of an impact on the environment, such as diesel fuel.

“If companies are dissuaded from investing in the circular economy due to much higher overheads, then the rate that this country can develop eco-friendly technologies and processes will slow and effect our ability to meet our net zero commitments.”