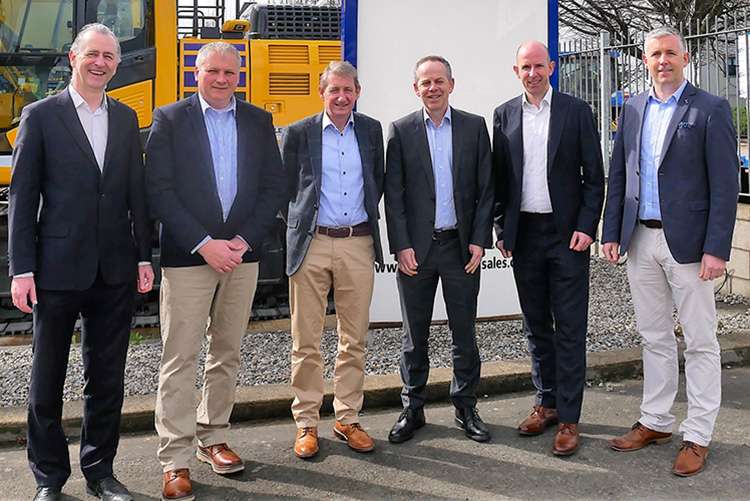 CONSTRUCTION equipment specialists, McHale Plant Sales – distributors in Ireland of Komatsu, Komatsu Forest, Metso Outotec, Merlo and Terex Ecotec equipment – has announced a number of senior board and management appointments which its chairman, Michael McHale says “will resource the organisation at senior level, reinforce capacity across our various and diversified fields of operation, enable us to capitalise on future growth opportunities that may present, and strengthen the service we give to our customers”.

All of significant importance in terms of their expected contribution to the company’s current and future requirements, four of the appointments are at director level and a further three are to senior management positions.

Kevin Nugent previously held the post of Financial Controller for many years and now takes up the position of Finance Director. Liam Foley moves to the new and more broadly focused position of Commercial Director.

In his new position as Sales Director, Denis McGrath succeeds the late John O’Brien, a legendary and admired figure within the industry whose recent death was marked by tributes paid by colleagues across the sector. His appointment as Sales Director recognises, in part, his long service to the company which he joined as an apprentice, graduating over recent years to frontline sales and general management.

The appointment of Anthony Ryan to the position of Aftersales Director is one that gives a voice at board level to all facets of after-sales management. In particular, it recognises the increasing importance that McHale Plant Sales attaches to the broad issue of customer care, one to which Anthony will bring his extensive experience in aftersales management.

Commenting, McHale Plant Sales chairman, Michael McHale said: “through these new appointments, an extra strong foundation has been put in place on which the company can plan for future growth and expansion. Drawn from within the company’s own ranks, a team has been appointed that will plan and manage the company’s affairs into the future, all with the experience, product knowledge and market awareness needed to meet the demands of current and future trade, to deliver on the priorities of those we represent, and to satisfy the expectations of our customers,” he added.