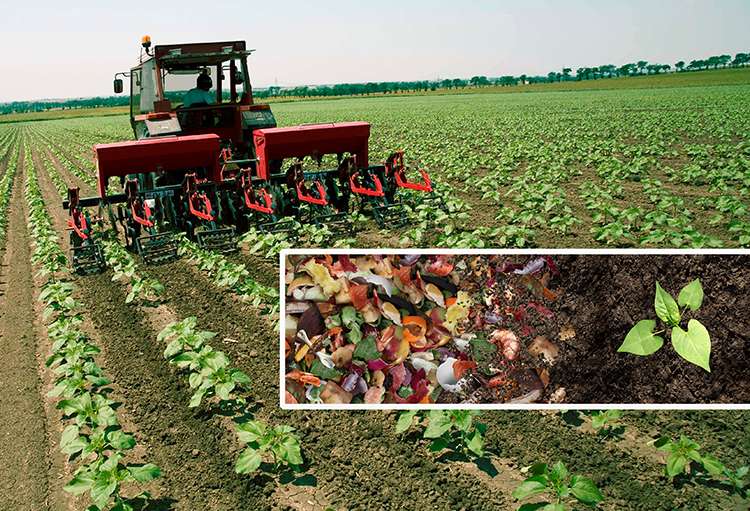 Food waste ‘could be key’ in tackling farmers’ fertiliser crisis

FERTILISER prices have gone surging upwards – towards £1,000 a tonne – last month. This follows a rise in fuel prices, as well as the ongoing situation in Eastern Europe, as Russia is the world’s biggest exporter of synthetic fertiliser, supplying more than a fifth of urea, a key fertiliser used in the UK.

News reports suggest farmers are coping with this change by planning to use less fertiliser, but this may impact the amount of produce they can produce, in a market that is already suffering from price rises due to supply chain changes from both Covid and the Russian invasion of Ukraine.

Kevin Quigley is the Commercial Director of food waste recycling firm Warrens who use anaerobic digestion (AD) to create energy from food which would otherwise go to waste. This waste treatment process also creates a biofertiliser as a bioproduct in the resultant digestate made up of nitrogen, phosphate, and potash, high in nutrients and readily absorbed by crops.

With the mandatory introduction of separate food waste collections imminent for local authorities, Kevin wants local authorities and the agricultural industry to join up to alleviate some of the emerging pressures that surround demand for fertiliser.

Kevin said: “Business and households are both facing rising prices in many areas including both food and fuel. The devastating war in Ukraine and the sanctions placed on Russia as a result of their invasion have caused gas prices to soar. Fertiliser, an essential part of the food production process, has been affected as a result. The increasing gas prices will, unfortunately, contribute to the cost-of-living crisis in a variety of areas.

“We are in an unpredictable situation at the moment, so it is hard to offer concrete advice on how to best tackle the cost of living crisis, but plans to minimise and reduce the effects will help.

“The mandatory separate collection of food waste was already on the cards for local government as outlined in the UK government’s Environment Act and many are in the middle of making plans around how they roll this out. It’s worth highlighting that fertiliser is a product of the anaerobic digestion process that food waste goes through to create energy – if we’re collecting more food waste, we’ll produce more fertiliser and this could go some way to support the current supply and demand issue that farmers are facing.”