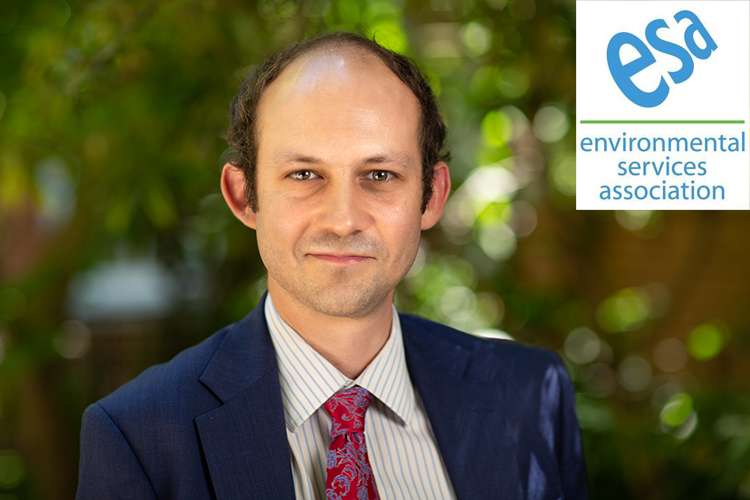 Turning up the heat on energy from waste

The ESA, which represents the majority of the UK’s energy-from waste (EfW) operators, has published a comprehensive directory of its members’ EfW facilities alongside detailed heat offtake specifications for each plant – with the hope of fostering greater collaboration between EfW operators, planners, policy-makers, heat-network developers and prospective heat off-takers. The need for such a tool was identified in 2021 during a joint workshop between EfW and heat network operators.

The new directory takes the form of an interactive map that can be accessed for free at https://www.esauk.org/heat-network-directory and the initiative is supported by The Association for Decentralised Energy (ADE) and the Department for Business, Energy and Industrial Strategy (BEIS).

Recovering energy from waste that would otherwise be destined for landfill is an essential part of the United Kingdom’s waste management system and this is achieved primarily through thermal treatment at specialist EfW facilities where “residual” waste – the material left over after recycling – is combusted to generate heat, which in turn raises steam in a boiler that drives a turbine to produce electrical energy.

In 2021 there were 55 operational energy-from-waste plants in the UK, with the combined capacity to process 14 million tonnes of residual waste each year, while contributing nearly three per cent of the UK’s total net electricity generation in 2020, or 7,762 GWh. However, less than a quarter of them currently also export the heat they generate, which is in stark contrast to plants in continental Europe where the vast majority export both heat and electricity – dramatically improving their efficiency.

Making the most of this heat could be critical to delivering cost-effective heat decarbonisation in urban areas across the UK, which is a complex task that will likely necessitate widespread electrification of heating systems, the use of zero-carbon gases and a greater role for large-scale heating networks – such as those offered by energy-from-waste plants.

It is anticipated that low carbon heat networks will have to meet the heating and hot water demands of 1.5m homes by 2030 and 27.5TWh in non-residential buildings – up from about 420,000 domestic consumers and a total of just under 18TWh for total UK domestic and non-domestic generation today. The Committee on Climate Change also suggests that the UK’s heat supply from heat networks will have to grow from 3% to 18% by 2050 in order to hit national net-zero targets.

“The ESA’s heat network directory shows we have readily available heat sources that can move us away from a reliance on gas and we must ensure we are identifying and taking advantage of these opportunities.”

Executive Director of the ESA, Jacob Hayler, said: “Heating the nation’s buildings is the single largest source of greenhouse gas emissions in our energy system. If we are to reach net-zero, it is imperative that the UK makes significant progress to decarbonise heating systems and the energy-from-waste fleet is a hugely valuable and underused source of low-carbon heat that exists now.

“The current energy crisis also throws into sharp relief the benefit of EfW heat and power in protecting against price volatility, since the energy generated is produced as a by-product of long-term waste management contracts and is not therefore subject to the global market forces affecting other fuel sources.

“To date, delivering on the potential of EfW facilities to fuel heat networks has been challenging, but we hope initiatives such as the directory will foster greater collaboration between the many parties instrumental to the successful delivery of future EfW heat networks.”

Kieran Sinclair, Heat Policy Manager at the Association for Decentralised Energy (ADE) said: “We have to stop wasting the opportunity of heat from waste!

“The UK is lagging behind the rest of Europe in making the most of its Energy from Waste (EfW) plants – on the continent, the heat produced from the rubbish-burning process is nearly always captured and used to provide affordable, low carbon heating for homes and businesses, whereas in the UK, more than three-quarters of EfW projects simply waste the heat they generate.

“This happens largely because of a lack of awareness about the availability and accessibility of the heat from EfW plants, as well as limited understanding of the significant benefits a heat offtake deal can provide to generate saleable heat without emitting any additional carbon. The ESA’s new directory of existing EfW plants will help to change this by highlighting where heat networks can be connected, and in doing so, modernise households and commercial properties across the country.

“The potential of heat networks as cheapest and most reliable way to decarbonise the UK’s towns and cities has yet to be realised, but this new directory is a crucial step in the right direction. For the Government to hit its target of 18% of heat from heat networks by 2050 it will need to capture useful heat that is currently being wasted around the country – the ESA’s new directory makes this possible.”