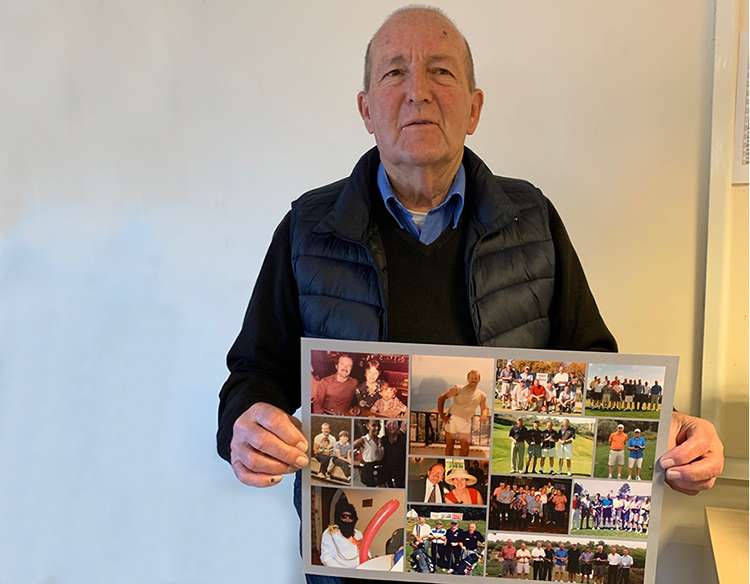 BRIAN MARSH a former Director of Devizes Trading is celebrating his 80th birthday and still working as a trader for his friend and colleague Nigel Grist, Chairman of Grist Environmental Ltd, the Devizes, Wiltshire based Recycling and Waste Management company.

Brian was born on 2 February 1942 in Swindon, Wiltshire during the second world war and, like most people of his vintage, he started work at 15 years old at Easter 1957 as an apprentice engineer working for Great Western Railway in The Railway Works where the outlet village shopping centre now stands. He enjoyed his time in that role from 1957 to 1963, a five-year journey of heavy engineering and time at the company stores patiently queueing for a long weight, striped paint, sparks for the grinder and a left-handed spanner.

After completing his apprenticeship, Brian continued working for the Railway until 1972, totaling 15 years learning as much about heavy engineering as possible and making many friends with his hard work ethic, his no-nonsense approach and quick wit and charm.

He left the Railway in 1972 and went to work for a plastic injection moulding company, Metalbox Ltd another local business until May 1976. He then decided to follow his heavy engineering preferences by moving to Coopers Metals in Swindon, a scrap metal processing business.

During his time at Coopers, he learnt all there is to know about the scrap metal business and being at the cutting edge of recycling before it became popular with the rest of the population. Brian made more friends and his network of contacts in the industry grew as did his exceptional knowledge of the scrap metal trade. He particularly enjoyed managing the logistics of moving bulk material around the world and was never happier than when organising ships being loaded from Poole, Cardiff and Sharpness docks, regularly travelling to and from any of these on a daily basis, between 1979 and 1982.

Brian left Coopers in February 1989 when he was approached by an up-and-coming entrepreneur, Nigel Grist from Devizes based scrap metal business known as Devizes Trading Ltd. Brian became a director and joining a former colleague from Coopers, Paul Crannis who was the Yard manager at Devizes Trading Ltd. Devizes Trading evolved over time and a new business was formed called Devizes Reclamation Co Ltd. The business traded from Station Yard Littleton Pannell about five miles south of Devizes on the A360 directly adjacent to the main Exeter to London railway line, which no doubt pleased Brian as he was never happier than when next to the railway and the trains that travelled the routes.

Brian has been in the scrap metal trade for over 50 years and is known by all the buyers and end processors in the UK. He is held in very high regard with his no-nonsense, firm but fair approach to business. He is well known and respected for not suffering fools gladly but treating everyone the same from drivers to managing directors.

Brian is still working albeit part time now at 80 years old and as fit as the proverbial fiddle. He still comes to the yard twice weekly on Tuesdays and Thursdays, giving his invaluable knowledge and experience even when dealing with the occasional awkward client which despite his protests, it is known that he enjoys the cut and thrust of trading with his straight talking but friendly manner.

Nigel Grist, owner and Chairman of Grist Environmental, the rest of the Grist family and all of the employees and colleagues would like to take the opportunity to wish Brian a very happy birthday and give him their grateful thanks for all of the years of hard work and dedication that Brian has applied to his role in the company, and of course his friendship and wise and thoughtful counsel he has given everyone in great abundance, even when it was wished that he wasn’t always quite as honest and frank. Nigel considers Brian to be a part of his family and Brian says that Nigel treats him like a father: rude, insolent and takes no notice of his advice.

Brian has seen many colleagues come and go but his long-standing friendship with his yard manager Paul Crannis has seen the workmates through thick and thin and they still keep smiling with a joke or anecdote to help them laugh their way through happy times and sad times.

Since joining the family business that is Grist Environmental, Brian has been a child minder, taxi service, salesman, debt collector, tea-maker, buyer, trader, counsellor and a loyal and good friend to the company, the family and all his work colleagues who have all become his friends.

Brian still enjoys golf at his favoured Ogbourne Downs Golf Club and despite “having a good walk ruined”, still plays a good game and spends a lot of his spare time pursuing his favourite sport. Brian regularly travels to Portugal, his favourite holiday destination, with his golfing friends to play in the warm sunshine of the Mediterranean coast.

The rest of Brian’s busy schedule is spent enjoying special quality time with his family in Swindon where he has lived all his life.