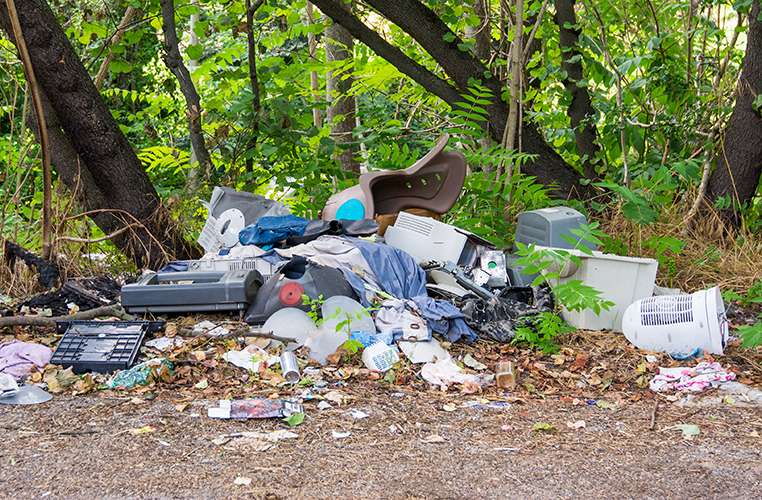 Government unveils plans to crack down on waste crime

A CRACKDOWN on waste criminals has been unveiled by Environment Minister Jo Churchill as part of fresh plans to reform the waste industry.

Proposals set out in two new consultations will clamp down on waste crime and support people and businesses to manage waste correctly.

The reform will see increased background checks for firms who move or trade waste, as well as making it easier for regulators across the UK to take action against rogue operators.

With waste often handled by intermediaries who conceal their identities to commit serious and organised waste crime, the increased checks will ensure waste is managed by authorised persons only and in a safe manner, making it harder for unregistered operators to find work in the sector.

New plans will also see the introduction of mandatory digital waste tracking, using powers in the landmark Environment Act to overhaul existing waste record keeping. This means those handling waste will record information from the point that waste is produced to the stage it is disposed of, recycled and reused. This will enable regulators to better detect illegal activity and tackle waste crime, including fly-tipping, illegal waste sites, and illegal waste exports.

Criminal activities including fly-tipping, illegal dumping, and the illegal export of waste abroad can blight our communities, harm the environment, and pose a risk to human health. In 2018/19, waste crime cost the English economy around £924 million. Local authorities dealt with nearly 1.13 million fly-tipping incidents this year alone.

The new plans build on the extra £60 million given to the Environment Agency to tackle waste crime since 2014 as well as new powers to stop illegal waste sites posing a risk to the environment, including the ability to lock up sites and force rogue operators to clean up all their waste.

Environment Minister Jo Churchill said: “Waste criminals show complete disregard for our communities, the environment and the taxpayer. We have disrupted these rogue operators by giving extra powers to the Environment Agency, with nearly 1,000 illegal waste sites now being shut down each year, while our new Joint Unit for Waste Crime is successfully disrupting criminal gangs, for example, prosecuting fly tippers illegally dumping hundreds of tonnes of hazardous waste across the countryside.

“But there is more to do. Reforming the licensing system will clamp down on abuse of the system and new mandatory digital waste tracking will greatly improve transparency in the sector and make it easier for householders to check that their waste is being disposed of legally.

“Together, these reforms will stop criminals abusing the waste system and make it easier to prosecute offenders successfully.”

The carrier, broker, dealer consultation will seek views from the waste industry and other stakeholders on the move from a registration to a permit-based system which would mean those transporting or making decisions about waste must demonstrate they are competent to make those decisions.

The Government and Devolved Governments are working closely together to develop a UK-wide digital waste tracking service for those handling waste. This will help businesses comply with their duty of care with regards to waste and help them make more informed choices about how their waste is managed.

Sarah Poulter, CEO of the Chartered Institute of Wastes Management (CIWM), said: “The launch of these consultations provides a valuable opportunity for the UK waste and resource management sector to influence its future direction and help eradicate practices which have tarnished its reputation and deterred much needed investment.”