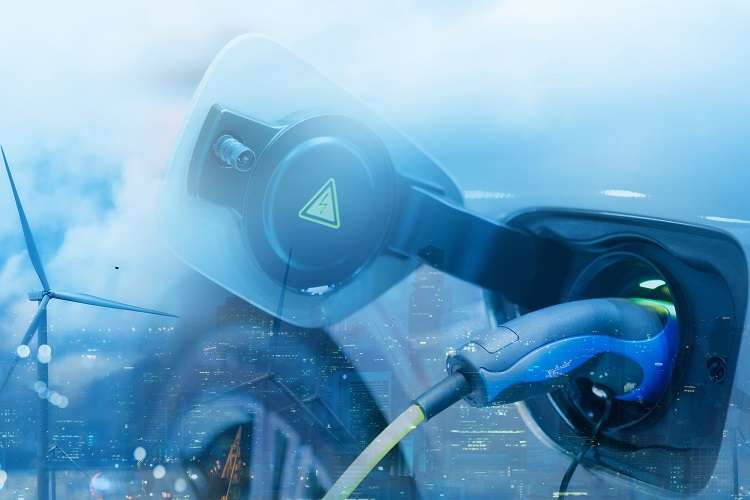 Bright Sparks: Are we ready to roll out electric?

WHEN Benjamin Franklin headed outside in a thunderstorm to tie a key to a kite string, he kickstarted an age of electricity that would light up the planet.

Back in 1752, the idea of how dependent the world would become on the ability to flick a switch for power would surely have blown even his brilliant mind.

Perhaps even more so given that, after having relied upon fossil fuels for so long now, the search for a clean fuel that won’t cost the planet but can keep the wheels turning and the lights on has led us full circle.

While there may well be alternative fuels now and more to come in the form of hydrogen, it’s good old electricity that is expected to pick up the slack as people turn away from fossil fuels, at least in the short-term.

In November, the UK Government confirmed its pledge for zero-emission HGVs by 2040, committing to the vision of all new road vehicles in the UK being emission free in less than two decades. If all goes to plan, production of new, non-zero emission HGVs weighing 26 tonnes and under will be halted by 2035, and then all new HGVs sold in the UK will be zero emission by 2040.

Meanwhile, the Government is also committing to phasing out petrol and diesel cars and vans by 2030.

So far, so electrifying. But can waste businesses be confident that the shift to electricity will not be too ‘shocking’?

The Recycling Association chief executive Simon Ellin says some waste operators, such as Veolia, are ahead of the game when it comes to trialling and running electric vehicles.

“Some have even been converted from diesel vehicles, giving these a longer life,” he says.

“Some of the disadvantages with electric vehicles are the range and charging time needed, although these can work in urban situations, in particular where there might be more lifts required.

“It’s worth noting that several of our members have trialled forklifts and reach trucks at their sites but found the battery life to be as little as 2-3 hours which proved prohibitive,” he continues.

Electric is coming, but it may not be at full speed just yet.

“I suspect that, for a few years yet, the convenience and lower capital cost of diesel vehicles will mean these continue to be the first choice.

“But in the next few years, as technology improves and costs come down, vehicles powered by electricity or hydrogen will become the obvious choice for an industry that takes pride in reducing its carbon footprint.”

Questions over the battery power required for very heavy work and the choice of vehicles available to operators remain.

“As soon as there’s an electric skip loader, I want to be first to have it,” says Peter Scott of Scott Bros, who says he’s been urging vehicle suppliers to come up with electric solutions.

“The problem is the battery; it’s the same problem for low loaders and anything over 18 tonnes, which is what most companies will have for their skips.”

He believes electricity is the future and has installed a huge solar panel array next to his Teesside operation to eventually power his business and his electric fleet.

“I don’t see electric as being much different to diesel,” he adds. “Our vehicles return to base every night and can be charged overnight.

“Until hydrogen arrives, it has to be electric.”

“Although we can understand why certain companies are hesitant to invest in electrified vehicles, lack of relevant solutions should not be a reason for it.

“Scania is offering BEVs (and PHEVs as well) that can handle most of the demands you put on a skip loader/hook lift truck today.

“The electric range is up to 250 km and, as far as we are aware, that range is sufficient for most operations (and the time for recharging back to at least 80% is fairly short). It has an ePTO that is very useful for body builders. And a 6×2*2 with air bellows can handle up to 29 tons.

“The technology and the solutions exist and they work,” he says.

However, concerns are going to crop up, particularly when electrical industry trade body ECA revealed research showing two thirds of UK local authorities have no plans to install EV chargers – never mind provide facilities that can be used by large commercial vehicles.

There has also been criticism over a lack of UK government clarity over how the £620m set aside to support charging infrastructure in the Net Zero Strategy, will be spent.

Graeme Cooper, Head of Future Markets at National Grid, insists the grid is ready to cope with the surge in demand from a nation switching to electricity.

“There is definitely enough energy, and the grid can cope easily. The growth in renewable energy means this is not static and smart metering will make this more efficient.

“For example, the growth in wind power from the extra offshore wind farms being developed will adequately meet the future demand for electrifying transport – an extra 100 terrawatt hours from our current 300 terrawatt hours consumed.

“Preparations have been underway for a while, as we’ve been discussing how best we can work towards the green transport changeover with government, electricity distribution companies, who transport the energy from the grid to homes and businesses, service station operators and charge point providers for over two years.”

It is continuing to support a network of ultra-rapid chargers at key motorway service areas through ongoing engagement with the Office for Zero Emission Vehicles (OZEV) and Ofgem.

The key message from Ray Parmenter of Head of Policy and Technical at CIWM, however, is ‘be prepared’.

“Changes are coming,” he says, “and we will have to get our fingers out.

“One issue is maintenance of electric vehicles – it’s not a combustion engine and you need a whole different set of skills for that.”

While just getting vehicles could become tricky.

“EVs tend to be about six times more expensive than conventional HGVs and there is something like 12-18 months’ lead time on orders at the moment.

“As we get closer to 2040, that lead time will increase as everyone will be going to market at the same time.

“As with all supply and demand systems, the cost is likely to increase.”

He urges operators to consider generating their own energy, whether through anerobic digestion plants, energy from landfill gas or solar panels.

“There will also need to be collaboration and sharing between operators, so if someone needs to reach a charging point quickly, they can find one.

“We need to be prepared for what’s coming – explore the possibilities now and get ahead.”