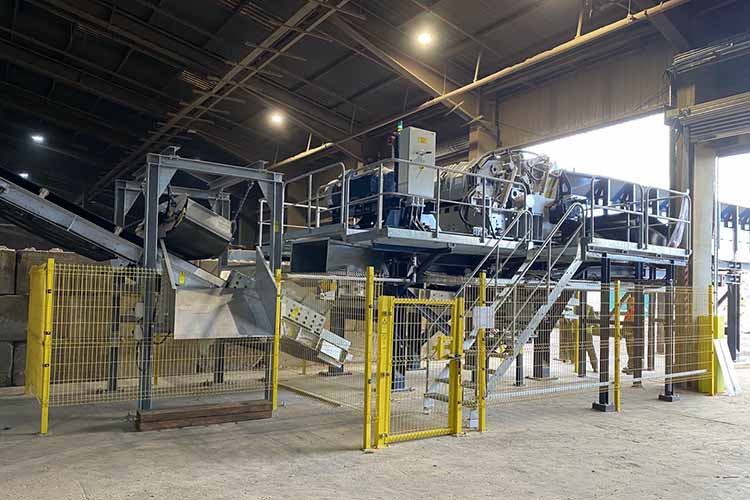 Standing the test of time with IQR

IT has been a year since IQR Systems installed their static IQR FH1800 static shredder at the site of one of their customers, and the machinery has really been proving its worth.

The machine is fed by a loading shovel and 360 degree material handler, and they are averaging 46T/hr on shredding waste wood grades A-C. How do they know the tonnages? They have a load cell fitted to the exit conveyor which weighs the material after it has passed under the overband magnet.

The machine is controlled by a remote control in the cab of the material handler which gives information on the kilowatts being used by the motors and other important details, enabling the smooth running of the machine.

The material is not being pre-shredded and a set of FlexHammer hammers are lasting at an average of 11,000 tonnes of processing. And even after a full year of demanding processing, the anvil and screen have not yet been needed changing!

Talk to IQR Systems about reducing your processing costs and moving to static electric processing. http://www.iqr.se/e