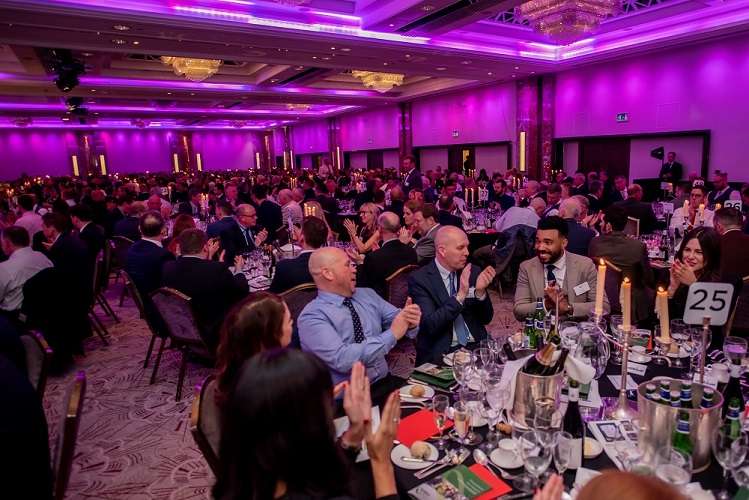 ON Friday 19 November, the BMRA proudly hosted its first annual dinner since March 2020, welcoming nearly 600 members and their guests to their suite in Royal Lancaster London.

The evening began with a networking event for members and their guests, followed by a formal dinner featuring a silent auction, table magicians and a number of key speakers.

The first of which was the CEO of the BMRA, James Kelly, who welcomed the attendees who were there in record numbers. BMRA President and MD of Recycled Product Ltd, Susie Burrage then took the assembled guests through the highs and lows of the last two years.

She addressed the many challenges facing the sector, from Brexit uncertainty to the repercussions of the pandemic, the withdrawal of red diesel entitlement, VAT fraud, metal crime, and the proposal for a new EU regulation on waste shipments.

However, she pointed out that there were many achievements to celebrate as well, such as the Health and safety manual and accompanying posters, the partnership with CIWM for the introduction of metal recycling competence cards, the relaunched training portal, and Global Recycling Day.

After the speeches, awards were handed out. Dave Weston, Managing Director at John Lawrie Metals Ltd collected the prize on the company’s behalf for winning the inaugural End of Year photographic competition. Bob Garwood of EMR was also honoured with a Lifetime Achievement Award.

Said colleague Mark Priestman, also of EMR: “Bob is a veteran of the industry, starting when he was just 16 years old buying scrap in and around London and the home counties. His career progressed fast and spanned almost 50 years during which he has held some very senior positions.

“Unlike today when this year’s recipient joined the industry, there was no official qualifications. In fact, the only training in his 50-year career was a two-hour course at the Canning Town institute of advanced learning half of which he missed because he was outside doing a deal with the caretaker to buy the institute’s iron railings.

“Bob is stepping back from frontline duty at the end of this year, but I know he will miss the camaraderie of industry colleagues and friendships that have been built over nearly half a century in this wonderful industry that the majority of us in this room have chosen as our profession.”

The evening was brought to a close with a raffle, which raised almost £7,000 for the British Royal Legion.