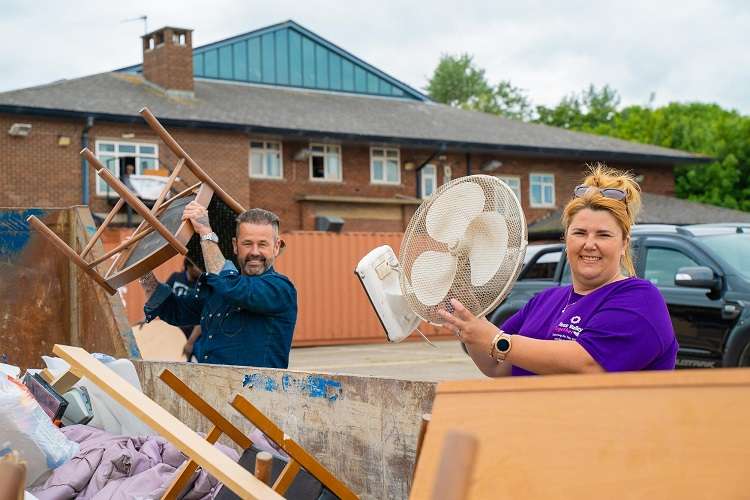 COMMUNITY group Tees Valley Together, which has moved into larger premises to meet a rising demand for food parcels, is expanding its service to include essentials for families across the Tees Valley.

Established in response to the effects of Covid-19, it aims to support struggling Tees Valley residents through the pandemic and beyond.

Needing more space to cope with rising requests for its food and care parcels, it relocated to the former TA center on Longlands Road, Middlesbrough, in March.

However, faced with having to clear a mountain of rubbish from inside the building, it appealed to Stockton-based Scott Bros for help.

Kelly Bruce, a trustee of the charity, said: “We didn’t have the resources or ability to deal with it, so Scott Bros kindly sent over two large skips and removed and recycled the rubbish free of charge.”

They were assisted by Ruth Barnes and her team of volunteers at Step Forward Tees Valley, which supports people into work or training.

Kelly said that eventually the organisation wants to establish a place where the community provides for those who are less well off – where people are able to get everything they need, from food to furniture, baby clothes to hygiene packs.

She also thanked building owners Polton Academy which allowed the charity to move in rent free for a period of time, a major factor in allowing it to progress its expansion plans.

David Scott Jr, a director of Scott Bros, said: “As a local family-run firm we are pleased to support the work of Tees Valley Together. It’s a community-inspired venture that assists those who, often through no fault of their own, find themselves in need of a helping hand.”