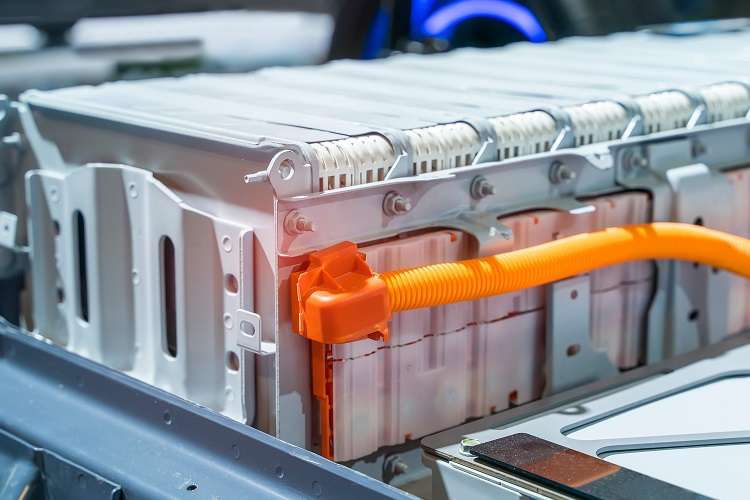 Into the li-ions’ den

WITH most of the world in lockdown, the early days of a pandemic may seem a risky time to launch a new business.

When it involves a business that’s exploring new ground and handling a growing but challenging area of battery recycling, the stakes rise even higher.

Yet, as UK businesses struggled to operate around the nightmare of Covid-19, one group was busy planning to disrupt the way the country deals with the growing issue of battery waste.

Fenix Battery Recycling Ltd has its eye on a major global market: recycling the electric vehicle lithium-ion (li-ion) batteries which will soon become commonplace on our roads.

With no UK-based facility, li-ion batteries are exported to mainland Europe to be recycled.

Fenix has a vision of becoming a ‘one-stop shop’ for all types of battery recycling and processing – including li-ion and lithium primary batteries – using innovative recycling technologies to extract their precious ‘black mass’ materials for reuse. This would be done in conjunction with battery manufacturers and leading academics to find new ways to produce batteries which can help improve recycling outcomes.

The budding entrepreneurs at Fenix had established their Willenhall site last July, ready to receive, shred and recycle alkaline batteries from brokers, recyclers and manufacturers. Having done the hard work, the team have had to wait for Environment Agency permits, delayed due to Covid-19.

However, it expects to be handling li-ion batteries for recycling at the site in the next six-to-12 months.

Meanwhile, a second plant at Kilwinning in Ayrshire has also been established. Fully licensed and with permits in place, it has been accepting batteries for storage and discharge from as far away as the United States of America.

At the same time, Fenix, along with Ever Resource – a circular economy innovator which shares several leading team members with Fenix – and the University of Birmingham, has received £955,000 in grant funding from the UK government’s Innovate UK Smart Grants programme to develop separation technologies for end-of-life li-ion batteries.

The funding means the researchers’ process of physically separating materials extracted from shredded end-of-life lithium batteries without the use of chemicals, can be scaled up through the Fenix operations.

As a result, materials extracted from batteries should be cleaner and more sustainable for reuse, while the process could be extended to other battery types.

Doing all of this at the start of lockdown was, agrees Damian Lambkin, Fenix Commercial and Business Development Director, a novel approach to kick-starting a business.

“We’re in a global pandemic, we’re doing five or six things that have never been done before in the UK, we’re funding it ourselves,” he says, in a manner that almost lines up the reasons not to push ahead in 2020.

“But everyone involved has the same ethos of ‘let’s do it’. We are like-minded enough to have the same vision and our motivation is to make a positive impression on the world by recycling. And we can completely disrupt battery recycling for the better.”

Along with Damian, who has 22 years’ experience of starting, running and upscaling environmental companies while specialising in WEEE compliance and treatment, there’s General Manager Myles Freeman, who has a chemistry background and two decades of working in waste, logistics and battery recycling technology.

Joining them was Technology Director Dr Athan Fox, with a PhD in chemistry from the University of Cambridge and an interest in low carbon, low energy solutions for recycling batteries and precious metals from industrial and municipal waste streams.

Also on board as chairman is Neil Muttock, owner of EcoWaste and Recycling in Baldock near Stevenage and a specialist in commercial and construction waste management and technologies.

“A contact of mine was trying to sell an alkaline battery recycling plant. I explained this to the others and said: ‘Should we do what we said we were going to do?’ That was it,” says Damian.

“We thought the time is now for someone to do this properly – we were actually amazed that someone had not yet stepped up to do it in the UK.”

Lockdown turned out to be an advantage; key people were easier to access and virtual meetings helped the team push ahead with their vision.

Time is a key issue: there are currently around 245,000 fully electric vehicles on UK roads – a number set to boom as sales of petrol and diesel vehicles halt in 2030.

On average, li-ion batteries in electric vehicles last between eight to 10 years before their performance drops significantly. And while most batteries for petrol and diesel cars are standard 12-volt lead acid which is relatively straightforward to extract and have a stable monetary value, li-ion is more expensive to tackle.

Safe storage is just one element. Larger and heavier than lead acid batteries, they contain several hundred individual cells, each of which must be dismantled and which contain hazardous materials which can explode if not handled correctly.

There are risks of electrocution while dismantling, the electrolyte fluid can cause respiratory, eye or skin irritation, and there are risks from the powerful magnets used in the EV components.

As li-ion batteries have no UK-based recycling facility – despite being found in everyday objects from toothbrushes to smartphones – they have had to be exported to mainland Europe for recycling, raising safety concerns, costs and issues surrounding Brexit regulations.

In the case of Fenix, li-ion batteries will be discharged automatically by robots and shredded, enabling the black mass – a mix of manganese, lithium, cobalt and nickel – to be extracted, and other materials such as plastic and metal to be recycled in the UK.

However, ‘mining’ the metals – in particular lithium- is a challenging process. The firm’s links with academics at some of the UK’s leading universities means new technologies will be introduced to create much higher quality recyclable materials – helping to close the loop and create fully recycled products.

“We are surface mining the materials – like miners from battery waste – to get such a high purity that the batteries’ component parts can go straight back to manufacture,” adds Damian. “There’s no reason why we can’t take a battery and turn it back into a battery.”

Fenix, he adds, will become a ‘one stop shop’ for battery recycling. The firm is also working with others, including Formula E, battery technology experts and manufacturers, to identify ways in which new battery production might be changed to aid the recycling process.

It is still early days, yet according to Damian, the Willenhall plant will be able to handle close to 25,000 tonnes a year, while the 30,000 square foot facility at Kilwinning site already has 35,000 tonnes of batteries awaiting processing.

At the same time, Fenix has invested in European plants to handle li-ion and lithium primary black mass to help speed through the early stages of operation, with plans for its own refinery within five years.

“The materials used for lithium-ion batteries are finite and incredibly difficult to mine,” says Damian. “People have been waiting for this technology to arrive.

“Lithium-ion has to be one of the most exciting areas of recycling.”