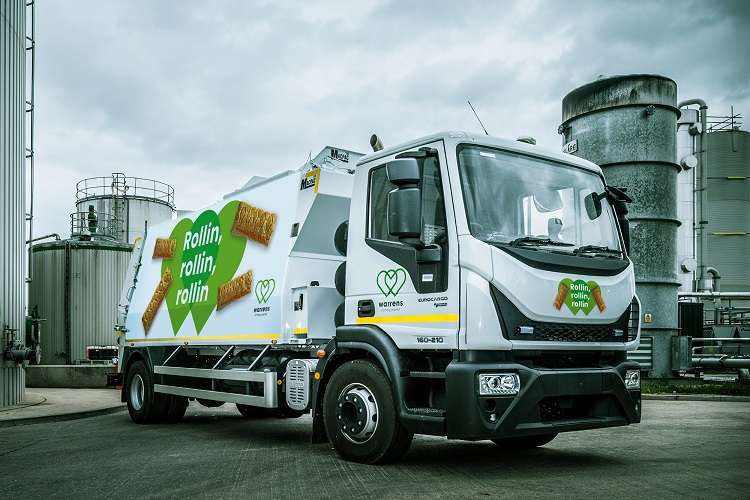 EDIT: THIS WAS AN APRIL FOOL’S JOKE

THE UK’s first gas truck which has fuel made completely from sausage rolls has taken to the streets of Newcastle upon Tyne.

The aptly named ‘sausage machine’ is fuelled by biomethane gas, generated by the decomposition and treatment of only sausage rolls at Warrens Group, a food waste anaerobic digestion facility in Newton Aycliffe, County Durham.

As the ‘wurst’ waste decomposes, it releases methane at the anaerobic digestion (AD) plant and that can be refined and used to fuel a fleet of vehicles.

Jake Harrison, Site Operations Manager at Warrens Group, said: “The sausage roll fuel is different from fossil fuels, because it’s produced from a source that will never run out as long as there is life on the planet!”

Warrens Group has found that switching from standard food waste to this newly developed sausage roll fuel has helped keep their vehicles running for longer and reduce greenhouse gas by 84%, in comparison to diesel engines.

A single tank of gas – produced using 1,000 sausage rolls – produces fewer emissions than a diesel engine and is enough to power the vehicle for 603 miles – that’s the equivalent of from Land’s End to John O’Groats.

Jake added: “As early adopters of the latest green technologies and methods, we know that sausage roll-powered vehicles have an important role to play in cutting our carbon footprint. It’s a potential game-changer for Warrens Group – one that is helping get our carbon footprint down.

“We also believe that all company fleets could deliver impact from use of sausage rolls too. It’s going to be the easiest way of meeting the UK’s goal of achieving Net Zero by 2050.

“Going forward, we might even be able to harness the power of the sausage roll further and see them being used to fuel buses and trains of the future. Our research has clearly shown that sausage rolls are a really valuable resource.”

Warrens Group biomethane filling station is now fuelling 200 vehicles per day with sausage roll fuel. The fuel discovery is perfectly aligned with Warrens Group’s existing client base as the business collects food waste from pubs, restaurants and supermarkets across the North East of England.

The group also predicts there could be more fuel resources on the horizon as pigs in blankets make a reappearance on the office party menu.