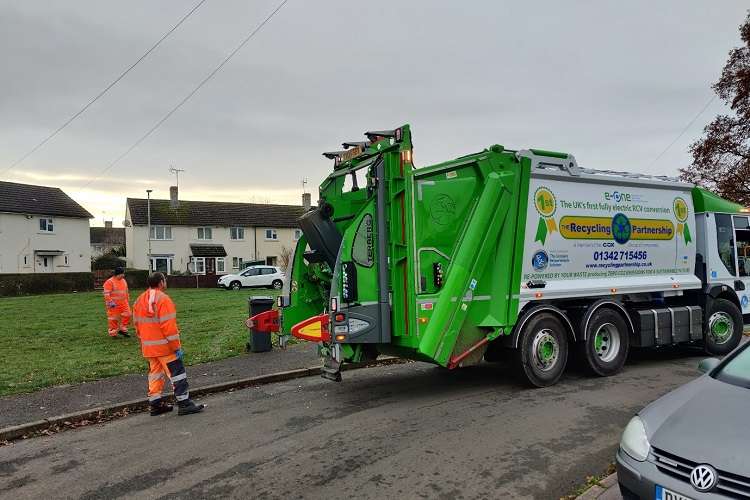 STROUD District Council’s (SDC) waste partner Ubico has trialled the e-One electric refuse vehicle from Gloucestershire-based supplier Refuse Vehicle Solutions Ltd (RVS). The demonstration vehicle was repowered from a diesel-powered vehicle to an electric drivetrain and is one of the first full electric refuse vehicle conversions in the UK. The bin-lifting mechanism is also powered by electricity.

The vehicle, which was used on rounds in Stonehouse and Upton St Leonards covering 55km performed 1054 bin lifts and collected a total of 12.8 tonnes of waste. After nine hours in operation, the vehicle had only used 71% of its battery life.

The council is one of the best performing waste collection authorities in England and the protection of the environment is one of its five main corporate priorities.

“The council is carbon neutral and is aiming for the whole district to become carbon neutral by 2030, and this is just one of many ways we can cut emissions and set an example too,” said SDC Leader Doina Cornell.

“I am particularly pleased to see a local firm leading the way in this growing sector too.”

SDC Environment Committee Chair Simon Pickering added: “While we must do everything we can to reduce the amount of rubbish we dispose of, and cut our carbon miles, electric vehicles like this will be needed in future. I look forward to exploring this option further.”

RVS Managing Director Spencer Law said: “We are thrilled that our local council has joined other authorities across the UK in trialling our e-One electric repowering solution.  The vehicle performed excellently during the demonstration and compared very favourably with diesel vehicles. We hope to be part of the council’s plans to switch to electric and achieve its carbon-neutral target.”