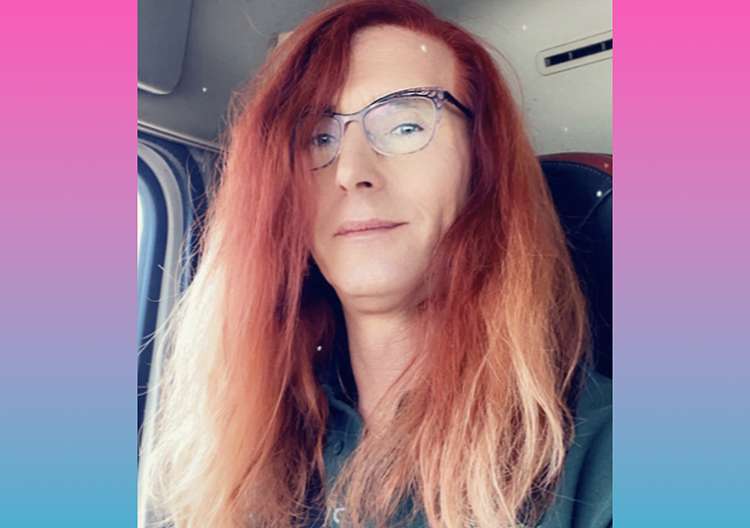 SHE’S sassy, brassy and can rustle you up a frock faster than a novice skier on a black run. Meet Exeter-based agency driver Kathryn Goff.

Nice to meet you, Kathryn. Tell us a bit about yourself.
I’m Kathryn Goff, and I’m 48. I am an agency driver in Exeter, but when on a skip contract I primarily drive for EMS Waste Services.

So, do you love it… or loathe it?
I love doing skip work, each job throws up its own challenges. But the teams at EMS and their sister sites treat you like family.

We’ll take that as a ‘love it’ then! What’s the strangest thing that’s happened at work?
I expect the guys would say the first time I turned up in women’s clothing and make up, but probably finding a herd of cows coming down the road by themselves.

Hope you mooooo-ved over and let them by, boom boom! Ever had a really rotten job to do?
I think collecting fallen livestock for processing. The smell of death seems to stay with you for ages.

The kind of job that requires not one, but two Magic Trees for the cab. Let’s have some time off -what do you get up to?
If I’m not visiting friends and family, I like to sew. I’ve made a couple of dresses and my last make was a tweed Baker boy hat. I also like walking on the moors although I’ve not done that last one for a while.

Ever done something completely crazy?
Most people think I’m nuts anyway! I think the craziest thing is skiing a black run as a novice – it got pretty hairy in places!

Bet your snowplough technique was perfect by the end of it though! Maybe a nice, romantic date would be more sensible. Where to and who with?
I would have to say being taken for a nice meal on a restaurant terrace watching the sun set. My companion? Dwayne ‘The Rock’ Johnson please!

We’ll have him pop round as soon as possible. Meanwhile, what superhero power would you love to have?
I’d like the power of hindsight, so I’d know if something was going to be a mistake before I did it.

We could all benefit from that now and again! Tell us a fascinating fact about yourself.
I once had a pint with Bruce Dickinson from Iron Maiden at a fencing tournament.

Not many of us can say we’ve done that! Give us three little words that sum you up.
Sassy, brassy, nuts.

Not arguing with that one. How about we send you on a holiday of a lifetime. Where to?
My ideal holiday would be a cabin in Banff, Canada. It is gorgeous there. That or travel the Rockies by rail.

Better eat first – who would be your ideal dinner guest?
I would invite Dawn French to dinner. I reckon it would be a laugh a minute experience.

Who would you say is your hero?
My hero, as cheesy as it may be, is my dad. He, along with my mum, has been so supportive and understanding through my transition.

Apart from Bruce Dickinson, have you met anyone else who’s famous?
The most famous person I’ve met is Diana, Princess of Wales. I was once part of a Guard of Honour as a Royal Marine cadet and she stopped and asked me what being a cadet was like.

Finally, make us smile with your best joke.
Why are pirates called pirates? They just aaarrrre!

Ha-ha. Well Kathryn, our time here is up. Huge thanks for being a fabulous Skip Chick of the Month.