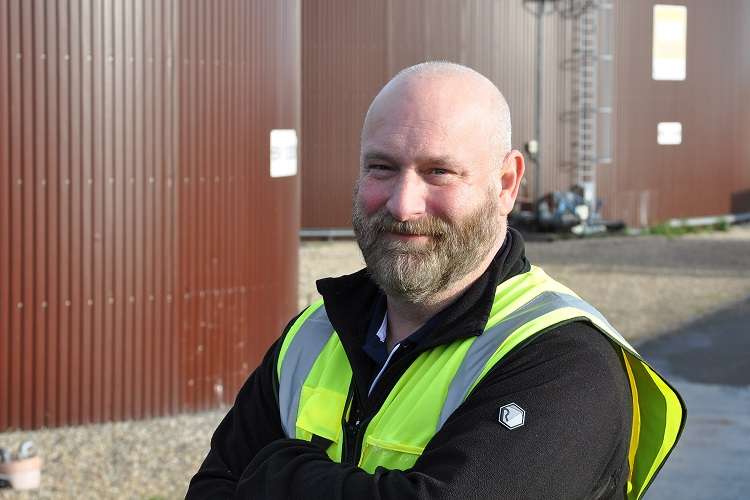 The highly-experienced former petro-chemical surveyor and production chemist believes the process is the future of green power.

The plant in Piddlehinton takes food waste and other perishables and converts them into gas and electricity.

Ed, who moved to the UK as part of the US air force, retrained as a scientist before entering the world of green energy.

He has also worked in many fields including hazardous and clinical waste treatment, waste transfer station operations, biogas production and power and heat production.

Ed said: “After my career in the military I worked in various environmental laboratory positions.

“Before moving to Eco I managed a similar plant in Lincolnshire and these plants are very much the future.

“We turn food waste, which we take from councils and supermarkets, into gas, most of which is then converted into electricity.

“There are plans to innovate further in order to ensure that Eco Sustainable Solutions remains at the forefront of the industry.”

Peter Hardy, Eco’s commercial director, said: “Ed is highly experienced and qualified in this area so we are extremely pleased to have him.

“The AD plant has been a huge success for us and we want to keep pushing forward with the technology so we can create as much green energy as possible.

“The plant is evidence that food waste has a value and can be turned into electricity with no need for any fossil fuels.”

Eco, which is headquartered in Parley where its main recycling operations are based, employs 41 people and has an annual turnover of £12 million.

Its AD plant opened in 2012 and converts more than 25,000 tons of discarded food waste annually.