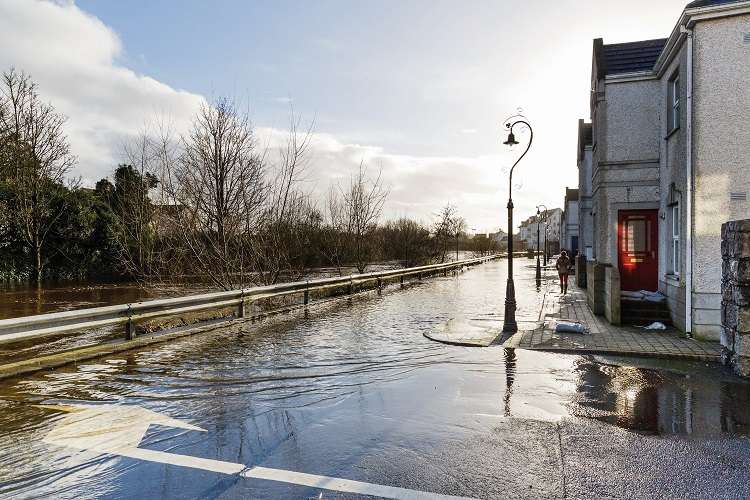 WITH Wales leading the march in its progressive adoption of Sustainable Drainage Systems (SuDS), Aggregate Industries has emphasised the important opportunity this powerful approach could also have in enhancing flood mitigation efforts across the wider UK.

In a major step forward for flood management policy, this January (2019) saw the Welsh Government enforce new legislation making SuDS mandatory on all new developments as part of ‘Schedule 3 to the Flood and Water Management Act 2010’. As a result, all new developments of more than one dwelling house or where the construction area is 100m2 or more will require SuDS for surface water.

The remit is to more effectively manage the very pressing risk of flooding presented to UK homes and businesses over the next decade through green infrastructure and long-term planning. This follows estimates by the Minister for Environment, Energy and Rural Affairs that a quarter-of-a-million properties in Wales are at risk of flooding.

Ian Geeson, technical manager at Aggregate Industries said: “It is great to see that, as a result of mounting evidence, Welsh policymakers have taken the mantel and are seeking to drive early SuDS adoption through legal enforcement.

“For far too long flood defence measures have been overlooked by developers, often being left as an afterthought in the final design stages, forgotten entirely or fitted retrospectively after a flood has happened.

“However, this is to miss the point of SuDS strategy entirely – whereby everything from the very framework of a building and choice of building materials through to the incumbent mitigation mechanisms and surrounding surfaces should work together to ensure that, should the worst storm happen SuDS help reduce its impact on the environment and reduce flooding as much as technically possible.”

Although the UK government passed a new law requiring all new developments to include sustainable drainage systems (SuDS) in 2010, it quickly put the rules on hold in a bid to help developers to keep costs down and speed up house-building rates.

At the same time, it is estimated that around five million people live in flood risk areas in England and Wales – a figure which is only expected to increase amid the all-consuming issue of climate change. Unless that is, decisive action is taken now.

Ian added: “While it’s great to see Wales take a legislative stance to SuDS, the reality is that this important strategy should be employed in all new developments across the UK if we are to truly take a holistic, preventative approach to the escalating risk of flooding.

“Aside from the primary benefit of vastly reduced risk, further pros include enhanced sustainability and biodiversity credentials – plus, undoubtedly, amid growing awareness of the flood risk, preventative measures will increasingly be sought by potential buyers.”