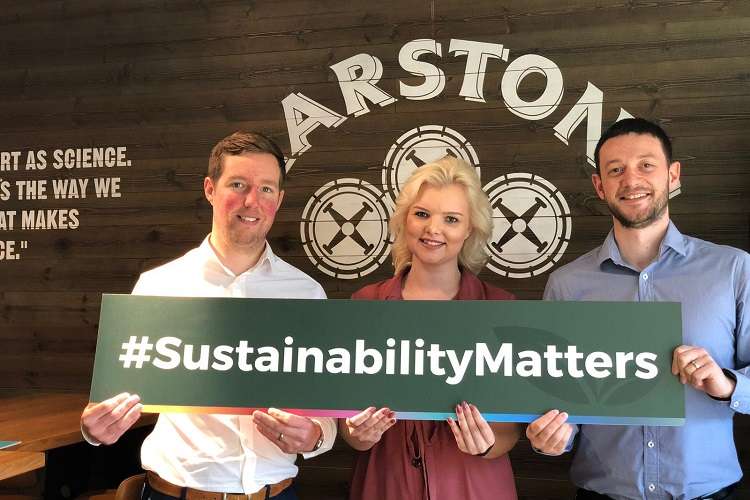 UKWSL has announced that it has once again won the contract to provide trade waste services to Marston’s, the UK’s leading independent brewing and pub retailing business.

The news comes as their existing contract draws to a successful conclusion after being named 2019 winners of the ‘Partnership Excellence – Commercial category’ at the National Recycling Awards.

The new five-year, multi-million-pound deal will continue to cover the 1,000-plus sites that Marston’s currently operates so day-to-day procedures and practices are to remain unchanged.  The award-winning partnership began in October 2016. Since then, numerous noteworthy successes have seen Marston’s achieve zero waste to landfill and increase its recycling rate to circa 77%: both of which contributed to an overall saving of 6% on its annual waste spend.

Max Kanda, Managing Director of UKWSL, is bullish about further future success: “Having fine-tuned our operations throughout the Marston’s estate over the past three years, we feel optimistic about improving on an already-impressive recycling rate, continuing to save costs and exploring additional closed loop solutions. We are grateful to Marston’s for giving us an opportunity to steer this partnership to greater heights.”

Andy Kershaw, Group Head of Facilities and Capex at Marston’s, added: “We are delighted that UKWSL has been awarded the Marston’s trade waste contract until 2024. The partnership has succeeded in achieving its cost saving, recycling and zero waste to landfill goals and we look forward to partnering with them once again for the next five years.”