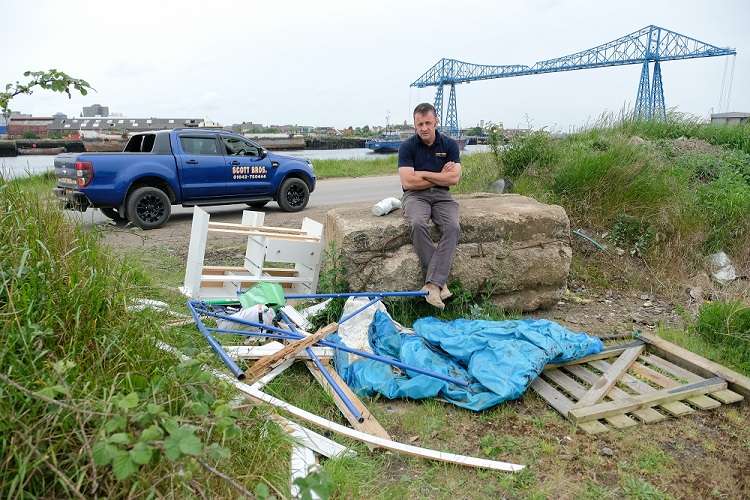 RECYCLING expert Scott Bros. is reminding those who illegally dump waste of the potential risks to children’s health over the summer holidays.

The Teesside-based company hopes to raise awareness of the potential dangers after experiencing a rise in the amount of waste dumped on or near its sites.

Director Peter Scott warned that the illegal dumping of waste is not only a blight on the landscape and a potential source of pollution but presents a direct health threat.

Fly tipped material can include hazardous items, such as chemicals asbestos and oil. Meanwhile, abandoned household items such as discarded fridges and washing machines can present a death trap for playing children.

The company has reported a rise in the number of incidents involving unauthorised waste carriers operating on Teesside who remove household waste at a cheaper rate.

Without the necessary licences, they simply resort to illegally fly tipping the waste – leaving the cost of the clean-up with the private landowner or local authority.

Peter Scott said: “The school summer holidays are almost upon us and I want to appeal to people to ensure their waste is disposed of responsibly, rather than creating a potential danger to youngsters.

“We are a family-run firm which is proud of Teesside and dedicated to caring for our environment. As such we are properly licenced to carry waste and are investing heavily in recycling.

“It is the public’s responsibility to ensure their waste is disposed of correctly by checking the carriers they use are properly licenced.”

During 2017/18 local authorities in England dealt with just under a million fly-tipping incidents, two thirds of which involved household waste.

The Government only measures the cost of cleaning large scale incidents, usually anything greater than a tipper lorry load. In 2017/18 these accounted for 34,000 incidents – four percent of all fly tipping incidents – at a cost to local authorities in England of £12.2m.

Peter added: “Saving a few pounds by using a rogue operator is not worth the cost to the environment or our health and leaves a lasting and unwelcome legacy on Teesside.”