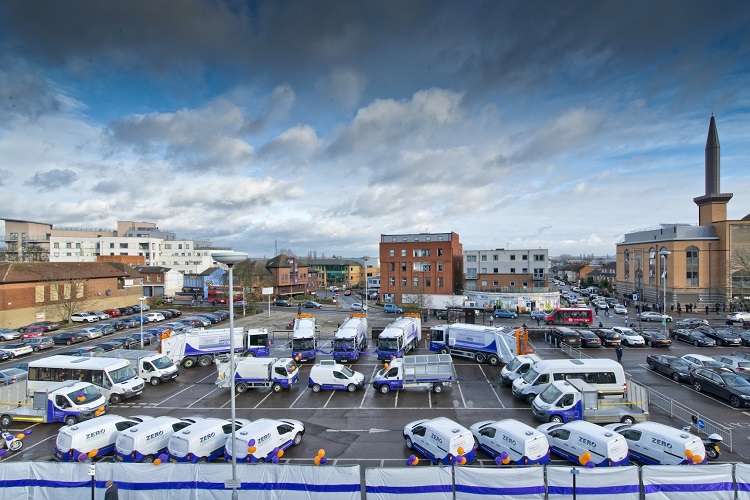 THE London Borough of Harrow has upgraded the camera systems on more than 100 of its waste, recycling and cleansing vehicles to improve the safety of its fleet and reduce false insurance claims.

The council has chosen to switch to the RX3 360˚ camera system from Innovative Safety Systems Ltd (ISS), who first installed hard disk recording camera systems to the council’s fleet in 2009.

Cllr Varsha Parmar, Harrow Council’s cabinet member for environment said: “We have been using the hard disk system for the past 10 years and we decided it was time to upgrade to the latest technology. With this system we don’t have to manually collect the data; it is automatically downloaded via WiFi as each vehicle returns to the depot.”

The Authority is self-insured via its in-house insurance department, who can also remotely access and interrogate the recorded footage via their own back-office systems.

Varsha continued: “The new camera system will help to protect our crew and members of the public by recording any incidents or accidents. Also, it enables us to identify and capture evidence more efficiently regarding potentially fraudulent insurance claims. In the short time that we have been using the new systems we have already successfully disputed a number of claims.”

The footage can also be used during driver competence training to provide insight and crew members are encouraged to report incidents, such as when they experience verbal abuse, as they are often captured by the cameras.

Oliver Hoadley, Sales Director, ISS said: “We have been working with the London Borough of Harrow for over 10 years and we are delighted to be upgrading their fleet. We are committed to providing the very best after sales support to all our customers and we are confident that Harrow will be very happy with the performance of our latest camera technology.”