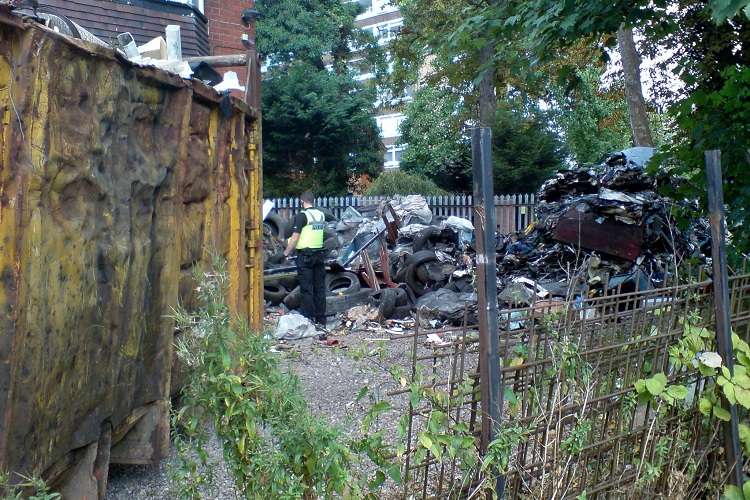 A MAN responsible for the dumping of waste in the garden of an empty house in Handsworth was jailed for five months by Birmingham Crown Court last Thursday (25 July).

Sean Martin, aged 53, of Friar Park Road, Wednesbury, was prosecuted by Birmingham City Council, after an investigation by its waste enforcement unit.

Local residents contacted the council and police after they witnessed him depositing a large volume of waste from “roll-on roll-off” skip lorry at an address in Church Lane, Handsworth back in August and September of 2017.

The waste was cleared by contractors appointed by the council. A total of 65 tonnes of waste was eventually removed over a three-day period.

Martin was subsequently traced by the unit despite his attempts to avoid detection by using false number plates.

Officers from the council and police stopped Martin in Smethwick in November 2017 after they spotted him driving the vehicle he used to fly-tip the rubbish earlier in the year.

Not only was the lorry being run on false number plates but Martin only held a provisional driving licence and had no tax or insurance on the vehicle, which was subsequently condemned as un-roadworthy by inspectors from DVSA and prohibited from use.

Martin was found guilty of one charge of depositing controlled waste following a trial, having already admitted charges of driving the truck without a full driving licence and one of therefore having invalid insurance.

In addition to the sentence the vehicle is set to be crushed in the near future.

Cllr John O’Shea, Cabinet Member for Street Scene and Parks at Birmingham City Council, said: “The scale of this criminal fly-tipping is astonishing. This offender had no regard for the people of Handsworth, their neighbourhood or their quality of life.

“He expected the people of this city to accept the cost of his offence. We will not do so. Whenever we have credible evidence that we can put before a court, we will prosecute.

“This council is determined to deliver on the top priority from our residents – cleaner streets.

“I would like to thank the council employees and police officers involved in securing this prosecution – with special recognition for those who supplied us with the information and evidence to enable the case to be brought to court.”