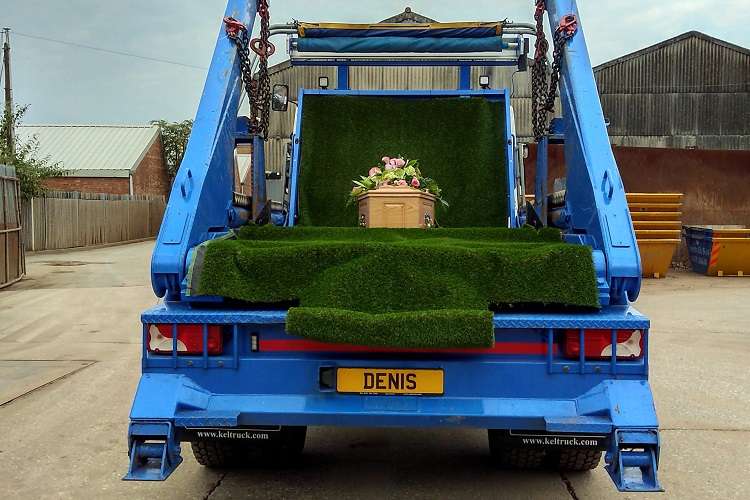 BELOVED family man and owner of Coventry City Skips, Denis Doherty, had one final laugh in store for friends and loved ones as he requested to be taken to his funeral on the back of his own wagon.

“He really had a great sense of humour,” explained son Michael. “The skip hire business was all he’d known as a career – he’d been working in the business since the time he left school. So it was a really fitting tribute to a lovely man.”

He was diagnosed with a brain tumour in February and sadly passed away on 2 July at the age of just 53. He was taken on his final journey two weeks later from the company’s yard in Bayton Road, Exhall, Coventry, to Christ the King Church in Coundon, Coventry.

“We were delighted to see around 1,000 people turn out for the funeral,” Michael added. “It is a testament to him and just shows he will be missed by a great many people. A huge thank you to everyone who came to pay their respects and offer their support.”

Coventry City Skips will remain in the family as brothers James, Michael and Jack take the helm.