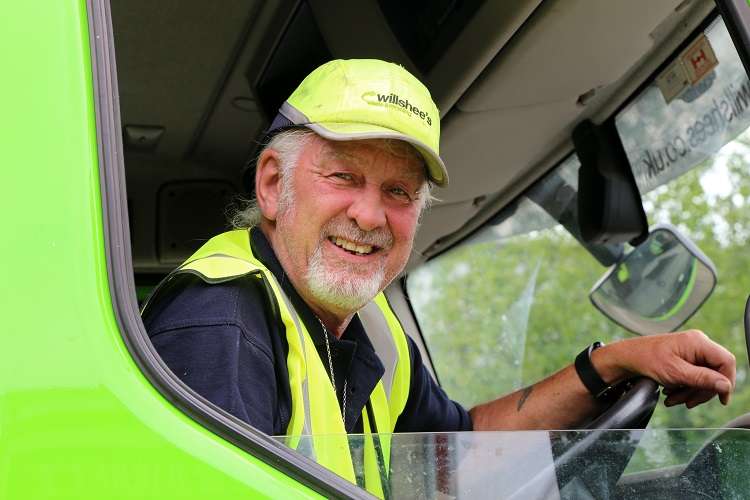 When Paul joined Willshee’s in 1999 it was a much smaller business. He says: “When I started, I did some driving, but I also sorted waste and helped in the depot. In fact, occasionally, we would get a call on the in-cab radio to say that some calves had escaped from the family farm and could whoever was nearest go and help!”

Paul has no plans to hang up his truck keys any time soon. He says: “I still really enjoy it! I love driving all over the region – Derby, Coalville, even down to Birmingham sometimes. I will carry on ‘til I drop!”

Paul has lived in Woodville all his life. He is married to Tracey and they have four children between them. In his spare time, Paul is a passionate biker and he rides his Yamaha MT-01 1700cc to work every day come rain or shine.

Willshee’s managing director Dean Willshee commented: “As a family business, our employees have always been especially important to us but loyalty like Paul’s particularly stands out. A huge thank you to Paul for his dedication and commitment – it is massively appreciated.”

Willshee’s, celebrating its 35th year in business, was started in 1984 by Keith and Maria Willshee with just one lorry and 10 skips. Today, there are nearly 100 employees and over 40 vehicles covering all aspects of refuse collection and waste management.