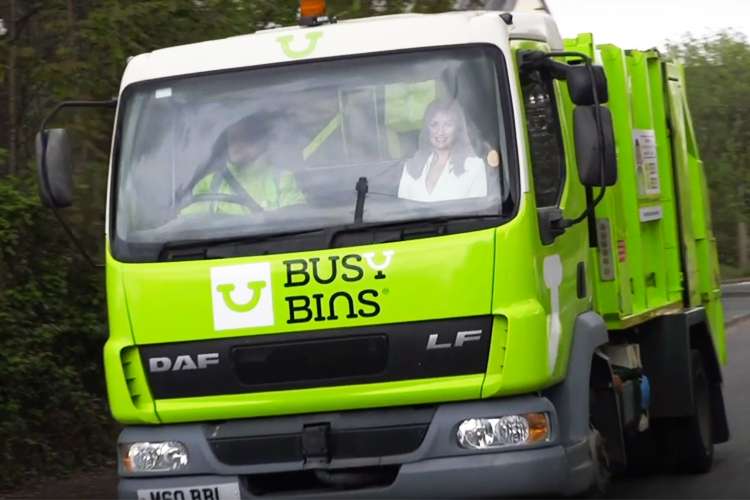 IT’S been a year since Baroness Karren Brady last visited waste disposal company Busy Bins in Bury for her ITV programme Give It A Year, so it’s clear she made quite a lasting impression.

In the company’s latest promotional video, titled Give It Another Year, entrepreneur Josh Morris can be seen taking a cardboard cut-out of his idol out on a bin collection round and chatting to her in the office while his workmates despair of him.

The hilarious video is a tongue-in-cheek nod to the company’s time on the television show, which sees Baroness Brady visit fledgling companies and then return a year later to see how they have fared.

Josh started Busy Bins up in 2014, when he spotted a gap in the waste removal market, as his local council collections had just recently been moved to only once every three weeks, and he could see that families and homeowners were struggling to manage their waste.

These days, the growing company has expanded into servicing most of Greater Manchester.

Josh said of his new video: “We wanted to show our customers and social media followers how much change has happened since we appeared on Give It A Year, but we didn’t just want to be like every other company and make a dull slideshow of what we have done.

“We wanted to hopefully give a few people a laugh whilst showing what has changed.”