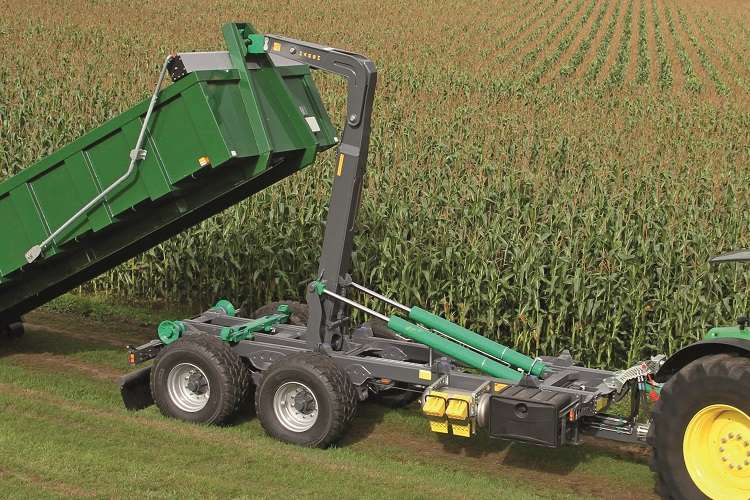 HARSH is pleased to announce the opening the dedicated business unit, HARSH Agri, to serve the UK agricultural industry.

Designated HARSH Agri, which is based just outside York, will provide new operation offers for a wide range of products to all sizes of businesses working in farming, agriculture, forestry – and specialised industrial sectors such as power stations.

These include the highly successful UniLift IT Runner hooklift trailer, bespoke sheeting systems and a wide range of hydraulic components.

Head of HARSH Agri, Grant Faulkner said: “In the last couple of years we have seen a growing opportunity to be directly involved in the agricultural sector.

“Our first Agri product, the UniLift IT Runner demountable hooklift trailer has proved very successful, with customers then asking us what else we can do. In certain cases, some of our truck operators are also agriculture businesses as well, so it makes absolute sense for us to offer them the widest possible product range.

“Of particular significance, the UniLift hooklift trailer has just been Type Approved for additional use in commercial vehicle applications, thereby massively improving its operating flexibility across all types of businesses.

“Further demonstrating this versatility, the trailer also works with a huge variety of demountable bodywork options such as containers, tanks, flatbeds or log carriers. In other areas such as sheeting systems and hydraulics, Agri and Truck customer requirements are also very similar – with HARSH already having a proven expertise in these specialist fields.”

In a significant early coup for the new business, HARSH Agri has also just taken on the UK franchise for RASCO Winter Maintenance Equipment, with products that include tractor and tele handler-mounted snowploughs and rear mount self-loading gritting spreaders.

A particular consideration in setting up HARSH Agri was it should not – and would not – reduce the company’s ongoing growth in the truck sector. As a result, the establishment of HARSH Agri has created a stronger, focused approach to marketing the company’s truck products, which include not just tipping equipment and hydraulics but also bodywork for skiploaders and hookloaders and a full range of sheeting systems.

In the same way that HARSH’s agricultural products are now branded as HARSH Agri, the company’s truck products will be promoted under the separate and stronger banner of HARSH Truck.

HARSH director Adam Hargreaves, said: “The establishment of HARSH Agri as its own business unit marks a significant stage in the growth of our company. Given that our founders themselves had their business roots in agriculture, we are already well versed in the industry and its requirements. Our Agri and Truck activities complement each other perfectly, enabling us to offer both sectors wider than ever levels of products and expertise.