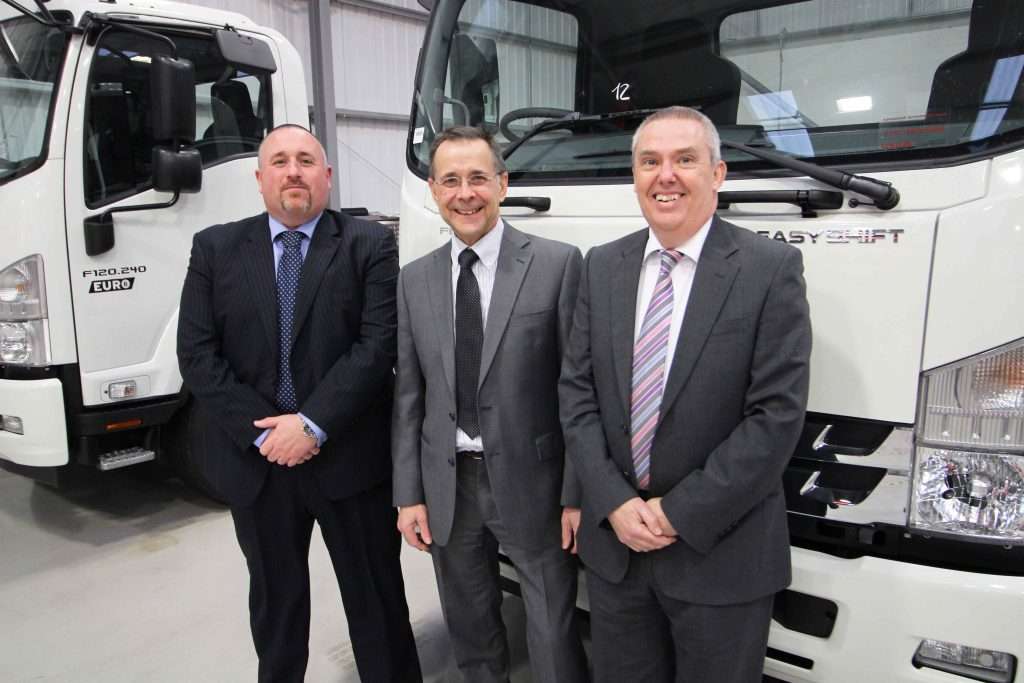 Announcing details of the changes, Pete Murphy, Managing Director, Isuzu Truck UK said: “Martin is taking his well-earned retirement after spending all his working life in the commercial vehicle industry. He is incredibly well known and will be missed, not just here at Isuzu, but by customers and suppliers alike.”

Pete added: “However, we strongly believe that continuity is key to our long-term success here at Isuzu Truck, which is why we have made the changes involving Lee and Dave, who are both long established members of the Isuzu Truck sales team.”

Martin Bragg has been with Isuzu Truck UK for 20 years, joining the manufacturer two years after it first entered the UK market. For the last year or so, Martin has been working as National Fleet Manager at Isuzu Truck, however before that he was probably best known for his long association with the UK council and local authority markets through his role as Isuzu Truck’s  Municipal Sales Manager for 19 years.

Lee Tansley, who has been with Isuzu Truck for 15 years, is now stepping up to the national role of Fleet Sales Manager, reporting directly to the company’s Head of Sales and Marketing, Richard Waterworth.

Colleague Dave Slatcher is moving from his current position as Network Business Manager for the Midlands, and also taking on a national role in the newly created position of Municipal Fleet Sales Manager. Dave, who has been with the company since 2014, will report directly to Lee Tansley, and previously held responsibility for developing new truck sales through the Isuzu Truck dealer network within the central region.