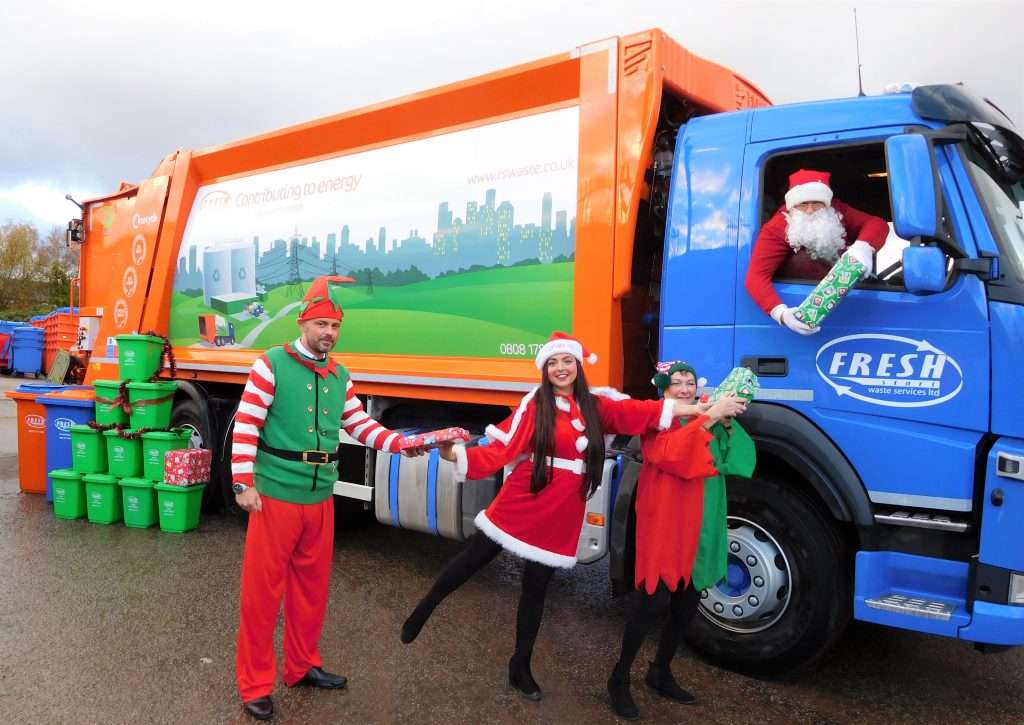 While there may be some debate as to whether he lives in Lapland, in the North Pole, or even in Spain as the Dutch believe, it is a well-known fact Father Christmas has a very modern outlook on life – as seen in revealing ‘documentaries’ such as Elf and Santa Claus: The Movie.

This extends to his attitude towards recycling. If we assume he resides in relative isolation somewhere inside the Arctic Circle, supplies are going to be hard to come by for Mr and Mrs Claus, along with their hardy team of elves and reindeer.

With this in mind, Manchester’s Fresh Start Waste Services investigated just how adopting a zero-waste lifestyle has enabled Saint Nick to successfully keep the world’s children in presents for hundreds of years, and hopefully hundreds more to come.

Santa’s thoughts on global warming have not been made public, but even before the reduction in the polar icecaps, he was able to grow a wide variety of fruit and vegetables on his plot of land.

In fact, food is absolutely key to his largely self-sufficient way of life. He works with dozens of elves, who despite being short in stature manage to work up enormous appetites on the factory floor – and of course, Father Christmas is well known for having more than a passing interest in a hearty meal himself!

On top of their daily rations of sweets and Kendal Mint Cake to help them through the cold weather, root vegetables such as potatoes, carrots and swedes are a staple on the menu, while some varieties of strawberry thrive in the chilly conditions.

It is thought a series of greenhouses are tended to, producing a wide range of interesting crops throughout the year, while they likely make use of some strains of barley which grow elsewhere inside the Arctic Circle.

This can be milled to produce the flour which goes into their mince pies, which are not just a festive treat that far north, but a foodstuff which is enjoyed every day of the year.

With each person at Father Christmas HQ expected to munch through around a 1,000kg of food per annum, this creates somewhere in the region of 8-10 tonnes of food waste, practically all of which goes back into their perfectly balanced ecosystem.

As well as the legendary team of eight reindeer, which pull Santa’s sleigh on the most important night of the year, there is also speculation that the Claus family keeps a semi-domesticated herd of reindeer on site.

They are used primarily for their rich and nutritious milk, and while the average reindeer only produces around 350ml of milk per day, it has an extremely high buttermilk content of 22% and makes excellent cheese. 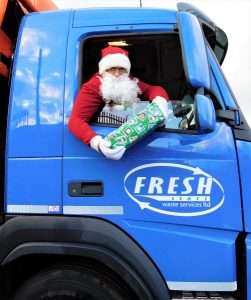 As well as grazing on plants and mushrooms which grow locally, the reindeer help to reduce what would otherwise be a mountain of food waste. Carrots and apples are among their favourite nibbles, and with them being so well fed, they do generate some waste of their own.

With good quality top soil being hard to come by, reindeer fertiliser is prized. It’s particularly high in phosphorous and is spread to get some much needed nutrients into the often rock hard ground.

Although the responsibility for making toys has largely passed to other companies these days, Santa’s secret base is still used as a worldwide hub and distribution centre for all the biggest names in toy manufacturing.

However, there is still huge demand for traditional wooden toys, and while many elves have become world experts in logistics, there is still a dedicated team who devote their working lives to carving wooden trains, building blocks and sausage dogs better than anybody else on the planet.

Of course, all this wood creates a lot of shavings and sawdust.

Along with the leftover food, some sawdust goes into the compost heap, while large piles of it are used as bedding for the reindeer. The most mouth-watering use for it, though, is when chippings are used to smoke all kinds of ingredients in their custom built smoke hut.

Naturally, elves also need their hair cutting every so often, and as well as using it in mulch to help on the vegetable patch, believe it or not, some is always kept back in case of oil spills.

Using hair to help mop up oil spills first started with the Exxon Valdez disaster in 1989, when a hair stylist from Alabama, Phil McCory, noticed the slick sticking to stricken otters.

He decided to experiment with a gallon of motor oil back at his home, and it proved to be such a resounding success that he now works with the Matter Of Trust charity, providing ‘hair booms’ to help stop oil spreading in waterways all around the world.

After all, we shampoo our hair because it collects oil, and this simple idea has made a huge difference to wildlife and shorelines wherever a leak occurs.

It is estimated that around eight million boys and girls send letters to Father Christmas each year from all over the world.

It goes without saying that he personally reads them all, and as well as keeping a tally of who has requested what, it’s widely acknowledged that he updates a ledger of who has been either ‘Naughty’ or ‘Nice’ during the current year.

What would be an administrative nightmare for most people has been part of Santa’s daily routine for hundreds of years, and he shows no sign of slowing down just yet.

While it is easy to be sentimental about letters, there is not enough room to store many of them.

There is not a paper recycling bin on the planet which could hold all these letters, but they all have to be reused in some way, and considering the chilly climate where Santa lives, some of it is shredded down and used as energy-efficient wall insulation.

However, it comes as no surprise whatsoever to learn that he and his team are by far the world’s biggest users of wrapping paper, with most letters eventually being recycled into it in order to safely deliver everyone’s gifts.

Of course, living among the frozen tundra, heating is of great concern for Santa’s team. While it is true elves have become somewhat conditioned to the often sub-zero temperatures, they still prefer to stay reasonably warm, particularly in the winter when the daily average temperature is between -30 and -35 °C.

As we know, sweets are a huge part of daily life up there, but not all of them are wolfed down. While we don’t have precise figures, it is thought that a significant percentage of what is made – whether in the form of candy canes, syrup, and maybe even Father Christmas’ favourite biscuits – is put into special containers to produce biofuel.

Anaerobic digestion breaks down the sugar-rich foods which quickly ferments. Fortunately, Santa is given enough sherry while he is dropping off presents to last him the full year and elves are not particularly interested in alcohol, so rather than being turned into spirits the concoction is left to mature.

Eventually, a mixture of methane and carbon dioxide is emitted by the sweet gloop, siphoned into a separate holding tank and eventually used to fuel the impressive underfloor heating system and kitchen ovens.

It is incredible how Santa, Mrs Claus, the team of elves, and reindeer have adapted to their environment, with their zero-waste lifestyle and innovative closed loop recycling system being a lesson to us all on sustainable living.

However, Fresh Start Waste Services are aware not everybody has the time or the means to be as resourceful as Father Christmas, so if your company needs a forward-thinking waste management company this festive season, give Fresh Waste a call on