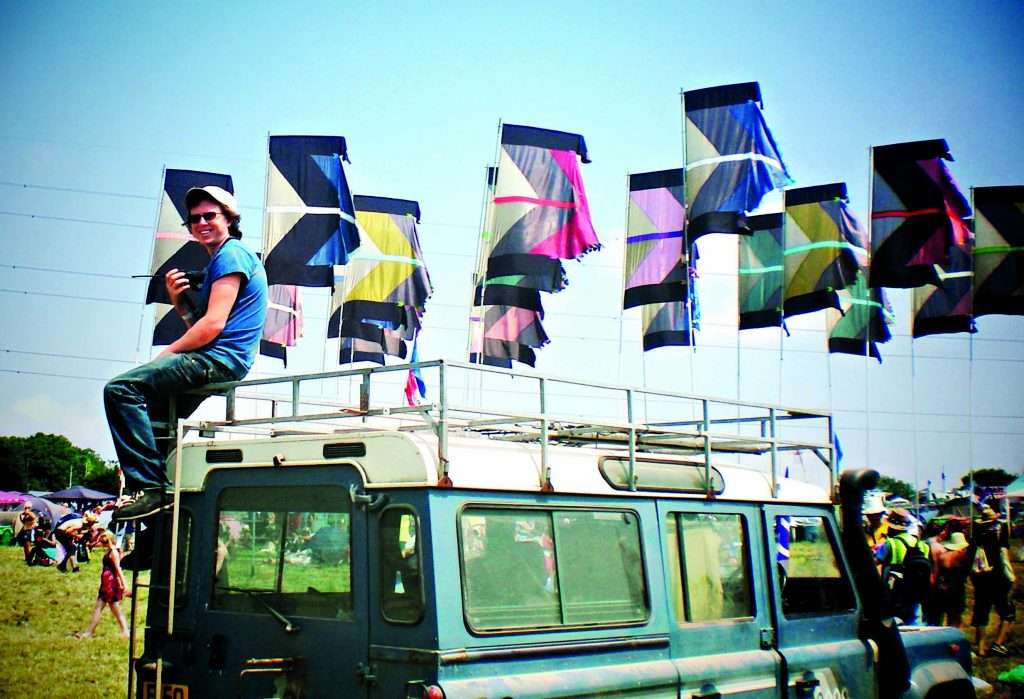 It’s the music event of the year which attracts superstar names and 175,000 fans from all over the world, writes SANDRA DICK. For five days in June, rolling, lush green farmland in Glastonbury becomes a living, breathing, waste generating town.

Andy Willcott has been to more Glastonbury festivals than he can remember. On stage household names from Paul McCartney to Oasis, Stevie Wonder to The Chemical Brothers have given their all, yet Andy has steadfastly managed to avoid seeing just about every single one of them.

That’s because his eyes are fixed on something far bigger than the music world’s biggest names – a sea of bottles, cans, food waste and far too many discarded tents to even try to count.

Over a long weekend, there’ll be between 2-3000 tonnes of waste to cope with – including roughly one million plastic bottles. It’s all collected and then sorted on site by a 3,500 strong army of volunteers, working against the clock to clear the massive area before festival-goers emerge bleary eyed from their tents, ready to trash the fields all over again. 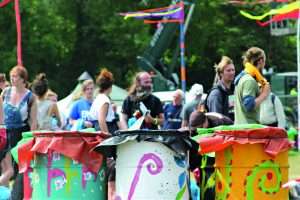 It’s a relentless battle against the empty beer can and discarded welly boot that kicks off in January each year. This is when Andy, director of Bristol-based festival and events specialists Critical Waste, begins to assemble his litter crew of volunteers, and the process goes on until two weeks after the final note on the Pyramid stage is played and 175,000 festival fans have left.

Every year like clockwork we see images of a litter strewn, muddy Glastonbury – a certainty to get right wing newspaper readers purple-faced and enraged at young folks’ lack of consideration for the planet. Andy insists they don’t tell the full story.

“Those kinds of pictures really annoy me,” he says. “The photographer must be up at 5 in the morning before we’ve
been out to clear up.  Because by the time our teams have been out, it’s all been tidied away.”

Glastonbury’s waste is dealt with by a carefully co-ordinated well-oiled logistical machine, with roots in the very origins of the modern recycling movement.

It was the early Nineties when Community Recycling Network – a national community group initially dismissed as tree-hugging hippies – arrived on site to help promote a greener way of life.  Their ethos fitted well with farm owner and Glastonbury Festival founder Michael Eaves.

Naturally, getting his dairy farmland back in shape after the event and having as little environmental impact as possible, were among his priorities.

From a group launched to promote recycling, a waste management business emerged. In 1997, affectionately known as The Year of the Mud, the 800 acre site’s waste was being handled by the community group’s new arm, Network Recycling.

“There were always ‘greenies’ at Glastonbury, people doing their little bit, but the reality was that the bulk of the waste at that time was going to landfill.

“The punters weren’t used to the idea of recycling – they didn’t do it at home, so why would they do it there? Plus, it was before a fence was built at Glastonbury,” recalled Andy, “So there were hundreds of thousands of people turning up, and it was a real mess.”

A turning point came when an Australian festival goer was stuck with nowhere to dump her empty can.  “She was used to recycling, and was walking around with this can looking for a recycling bin and couldn’t find one,” said Andy.

“There were 3000 can bins – that sounds a lot, but Glastonbury is huge. So we brought her in to work with us. 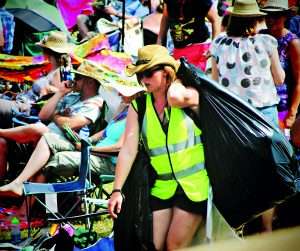 “It was obvious – put more bins out, be better organised, do litter picks. Now people come and expect to recycle.

“We make it easy as we can for them. You can touch one set of bins to the next, everything is within striking distance, brightly coloured and you can see people working out how to put their waste into the right bin.”

Andy arrived in the early 2000s from a job as a driver with Cornwall based Rag and Bone 2000.  Before long, he’d taken it over and rebranded the business as Critical Waste.

Half a million people go through the door

Specialising in festival and events recycling, he now works on a variety of festivals and events, decluttering and recycling the waste left behind.

“We started with Glastonbury and the Green Belt Festival, which is a Christian music festival. Now we cover most of the big events in the south west, like the Harbour Festival in Bristol which in some ways is harder than Glastonbury. It’s massive and open, which makes it unpredictable – you’ve no idea how many people will attend.

“The Bristol balloon festival is another. Half a million people go through the door, it lasts four days, and is free and open to everyone. So from a rubbish point of view, it’s difficult to get it right.”

Preparing for Glastonbury begins in the New Year, when Andy sorts through volunteers – many of whom return year after year, combining work with enjoying the festival life. For those who notch up five years’ service, there’s a veterans’ t-shirt and access to the coveted backstage bins.

The business handles 3,500 weekend volunteers, training them in health and safety and sorting them into teams. “We set up two central offices, one for people, one for machines,” he added. “There are 50 teams out every morning, all trained at the start about hazards and health and safety.”

Waste heads to a specially constructed temporary dry recycling facility at the heart of the Glastonbury site.

In a typical year, the festival recycles:  114 tonnes of composted organic waste, 400 tonnes of chipped wood, 23 tonnes of glass, 85 tonnes of cans and plastic bottles, 41 tonnes of cardboard, 162 tonnes of scrap metal, 0.264 tonnes of batteries, 3 tonnes of dense plastic and 0.25 tonnes plastic sheets.

One year a cannonball was included in the haul. More often it’s smashed up mobile phones, lost wallets and inflatables.

These days half of Glastonbury’s waste is recycled – food waste becomes soil conditioner. Cardboard and plastic stays, wherever possible, in the UK or Europe – and festival goers are bombarded with the message to reuse plastic bottles and take their camping kit home.

The one thing that hasn’t changed is that Andy has yet to actually see much of the UK’s biggest music gig.  “I’m not bothered,” he laughed, “I’m not into music much anyway.”