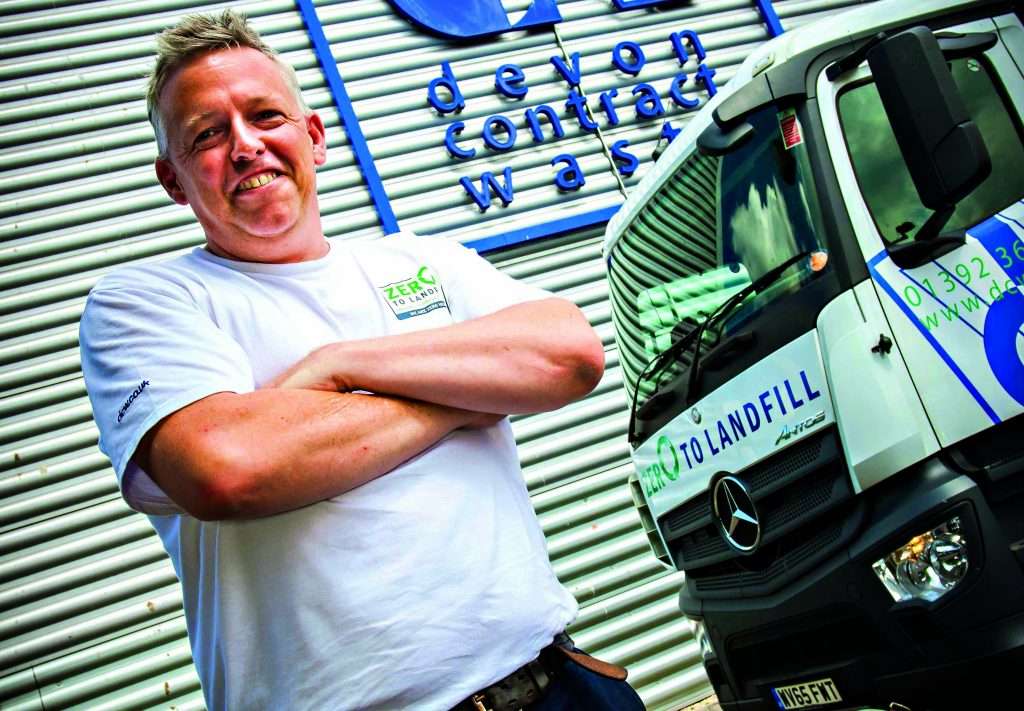 OVER 6000 miles separates the lush rolling countryside of Devon and the grim, stinking slums of Kibera, Kenya. It could just as easily be a million miles, writes SANDRA DICK

On one hand sits a jewel in the crown of English tourism, a world of elegant cream teas sipped from bone china, pretty fishing villages, and holiday homes.

On the other is a ramshackle network of tin roof homes and ‘flying toilets’ – bags filled with human waste, thrown onto roofs and into the nearest ditch. Disease, stench and poverty is all around, and running water is a luxury to the one million people in the 600 acres area.

Yet, somewhere in the midst of all that human clutter, digging through the waste and mess, is a tiny corner of Devon.

It’s because of Devon Contract Waste (DCW), the staff of Riziki Safi Services push their handcarts through the slum villages, collecting sacks of rubbish and food waste as they go. What can be sold goes to traders, while food waste is sent to farmers for compost, and anything left is taken to landfill.

Elsewhere, a 7500 tonne refuse truck supplied by DCW does the rounds collecting commercial waste, earning as it goes, so profits can be ‘recycled’ into the business, helping it grow and evolve.

Of course anything it makes, is a tiny drop in the ocean compared to the £3.5m bespoke optical technology equipment that has made Exeter-based DCW one of the south’s most modern and forward thinking businesses of their kind.

Still for Simon Almond, managing director of DCW, the decision to plough time, energy and money into supporting a tiny waste service 6000 miles away in Kenya, was the most logical thing in the world.  After all, what good does it do to have firms like his doing their bit for the environment here, he figured, when developing countries are so far behind?

“I was watching Comic Relief and Lenny Henry was in this slum,” he recalled. “I thought we could do something to help. 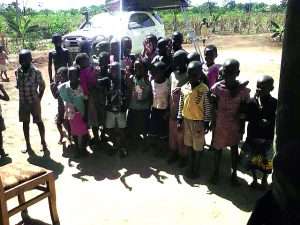 “It’s made a difference. In the past the guys over there who collected waste would be spat at, and called ‘dirty boys’. It took balls to collect rubbish. We gave them uniforms, paid them a decent wage, and sent equipment. It’s helping change the way locals think.”

It’s not the only project DCW has supported. In a small village in Mali, 3000 miles from Kenya, is a school which provides education for over 1000 children, built thanks to the firm’s financial input.

More recently Simon has switched focus to Uganda, helping an orphanage which was on the verge of closure. “It’s tragic,” he said. “It was running hand to mouth. We’ve paid the rent for around two years, and bought some land so they could build a new orphanage.

“Now the money goes to pay for a teacher, and local children come to learn too.”

It’s a world away from DCW’s Enviro Hub at an industrial estate in Exeter, where smart optical technology sorts through mixed commercial waste that arrives by trucks which have carefully negotiated the winding roads of Devon and Cornwall, picking routes and times to avoid the busy tourist peaks.

Whereas Kenya is waste management at the most basic, DCW is a well-oiled machine rightly proud of its zero to landfill status and an operation which sees a ‘one bag fits all’ style collection service for commercial clients – resulting in fewer journeys, less transport and staff costs, and carbon dioxide emissions kept down.

At the heart of an operation, which covers food waste to confidential data and hazardous waste, is the firm’s bespoke Tomra-built sensor-based equipment. This clever technology uses laser optics to scan mixed commercial waste, sorting it into categories for easy recovery and maximum value.

Investing in it four years ago wasn’t straightforward, recalls Simon, who quit a career in hotel management 28 years ago, to move into the waste industry.  “It’s our baby, and it’s a totally different approach to dealing with waste,” he said.

“At first people told us we couldn’t just take all this mixed commercial waste and sort it like this, but I kept going and found a manufacturer that understood what I wanted to do.

“For the first few weeks we were just turning rubbish into rubbish, and wondering what we’d done. Then we learned what it could do.”

Mixed commercial non-food, non-glass waste, arrives to be first shredded then sent through a trommel to sift out fine material and organics. This is then processed and cleaned for top soil or infill for construction sites. The remaining waste is fed through a ballistic separator, which sends 2D material one way, 3D other.

From there laser optic scanners spot which material needs to be separated – paper from plastic, cardboard from film – while blasts of air send it into the correct channel.

The 3D material is sifted first by magnets which pull metal from the plastic, ferrous from non-ferrous, and then by the laser optics.

Almost 70 per cent of the waste is recycled, with the remaining 30 per cent or so becomes super clean, high calorific RDF. Food waste is also turned to fuel and goes full cycle, powering the factory at the UK’s first carbon neutral dairy, Langage Farm, to make ice cream.

It’s a model that clearly works  – last year the business grew by 18 per cent, and Simon now employs 88 people across two high profile sites. A new baler has just doubled capacity to 150,000 tonnes, and there are plans for a new 7000 sq ft data destruction plant on the cards for later this year.

Quite a jump forward from 1989 when he set himself up with a single van, at one point supplementing income by running a mobile café. Not entirely unlike those waste crews in Kenya – although, of course, on a significantly different scale – he worked days and evenings, picking up individual sacks of waste for clients, and carrying them to landfill.

“We are passionate about what we do,” he added, reflecting on both the business and the African charities he supports.

“I’d much rather help them than drive a flash car. Personally, I’m quite happy driving around in an old pick-up truck.”