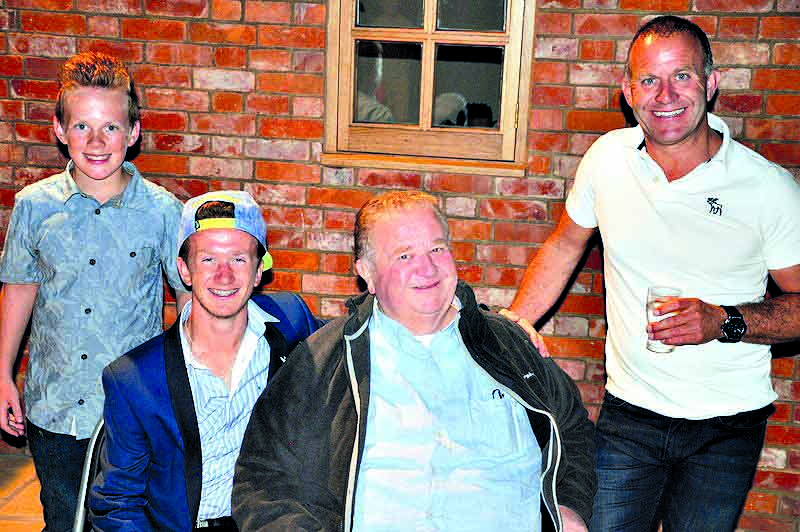 The sudden passing of waste and recycling legend Michael ‘Duffy’ Collard left a huge hole in the hearts of the many who knew and greatly respected him.

As an innovator and dedicated family man, Duffy was a larger than life character whose successful business career was accompanied by a record breaking spell on the race track.

Head of M Collard Waste Management Ltd, he was also universally known through his ‘other’ life as British, European and World Hot Rod champion, and a daredevil driver who always got the crowds off their seats.

Mick, who farmed at Eversley, Hampshire, ran his waste company for 40 years in Berkshire and Surrey, before it was bought by his son Rob’s demolition, recycling, haulage and aggregates’ company R Collard Limited last year.

Entrepreneur Robert Collard, himself a race-winner in the British Touring Car Championship (BTCC) and a 20 year track veteran, paid tribute to his dad – whose track legacy has also been passed on to his two grandsons, Ricky and Jordan, in their respective racing careers.

In looking back at his father’s life with real pride, Business boss Robert fondly remembered a man who could be as tough as teak during negotiations, but was also a great friend to many.

He said: “My grandfather was a pig farmer, and he used to go to London on a daily basis in a little petrol Bedford, and collect waste food from the big hotels around Park Lane for pig swill.

“My dad used to go in the back of the van, picking up the swill as a young man. That’s where the family’s waste disposal background started in the forties, and is now three generations old.

“He could be brutal in negotiations and in business, but also a very kind gentleman who would give his all to anybody.

“I remember when he bought his first skip lorry – a little Leyland Terrier mini skip lorry. From this he built a big skip company which he then sold out to UK Waste. He then bought it back, and sold it again!

“He then went back into skips in Lincolnshire, and eventually started another skip hire company back in Reading. That’s how he was – a man who was always building up businesses successfully.”

Son Robert’s success in the trade has shown he is a real chip off the old block – and he is the first to admit his late father’s advice and support were fundamental to his career.

He continued: “Dad was a massive mover in the waste industry, and was a guy who could see an opportunity. He was good at spotting a new process – he was one of the first people to use a concrete crusher, over thirty years ago.

“His big saying was: ‘Set the trend. Don’t follow the trend.” He could always find a way to improve, and implement new systems. That’s where I’ve learnt a lot of my stuff.

“You might sometimes question what he was doing, but he always had a real vision. He will be sadly missed by friends and family.”

Mick passed away peacefully and very unexpectedly on Saturday 19 November, with his wife Lesley and family at his side. He had four children and ten grandchildren.