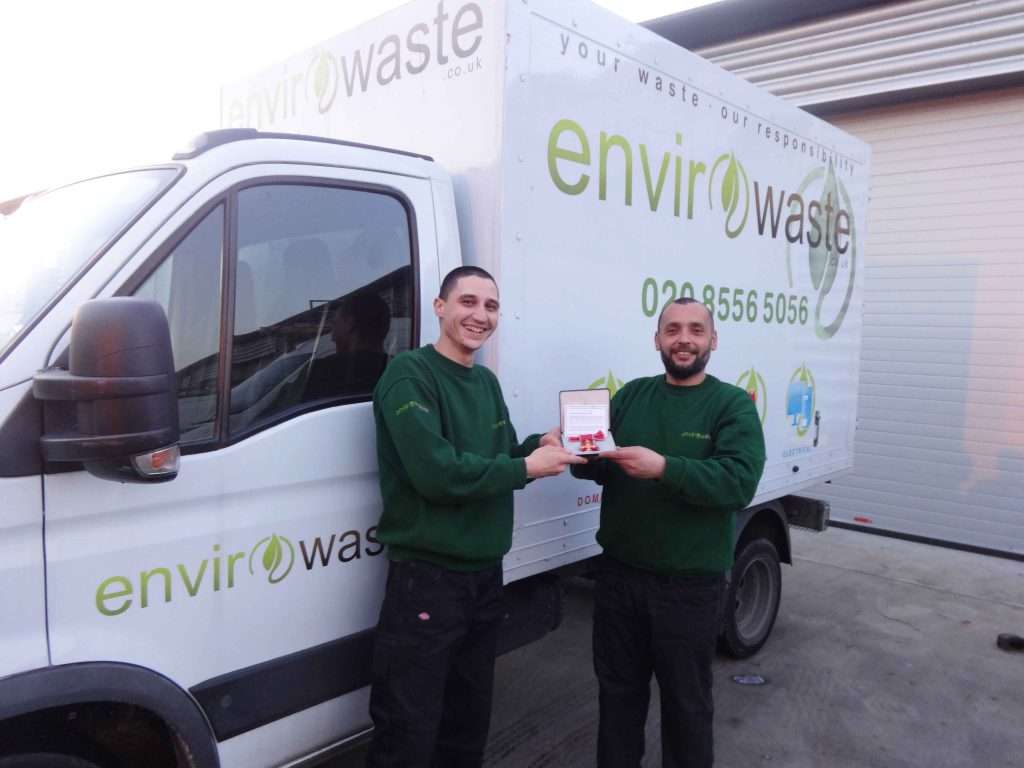 An east London waste company which discovered an OBE as they were sorting through house and office clearances are seeking to reunite the medal with its’ owner.

Enviro Waste, a family run business whose depot is based in Leyton, found the rare item attached in a black presentatio
n box, along with formal instructions as to how the prestigious award should be worn.

Company bosses have now launched an appeal to find out the recipient of the OBE medal, which is formally known as the Most Excellent Order of the British Empire, and is an “order of chivalry” from the  Monarch.

What is the weirdest or oddest thing you have found in a clearance or waste clear-up? Let us know, via 0161 482 6220 or via email: [email protected]