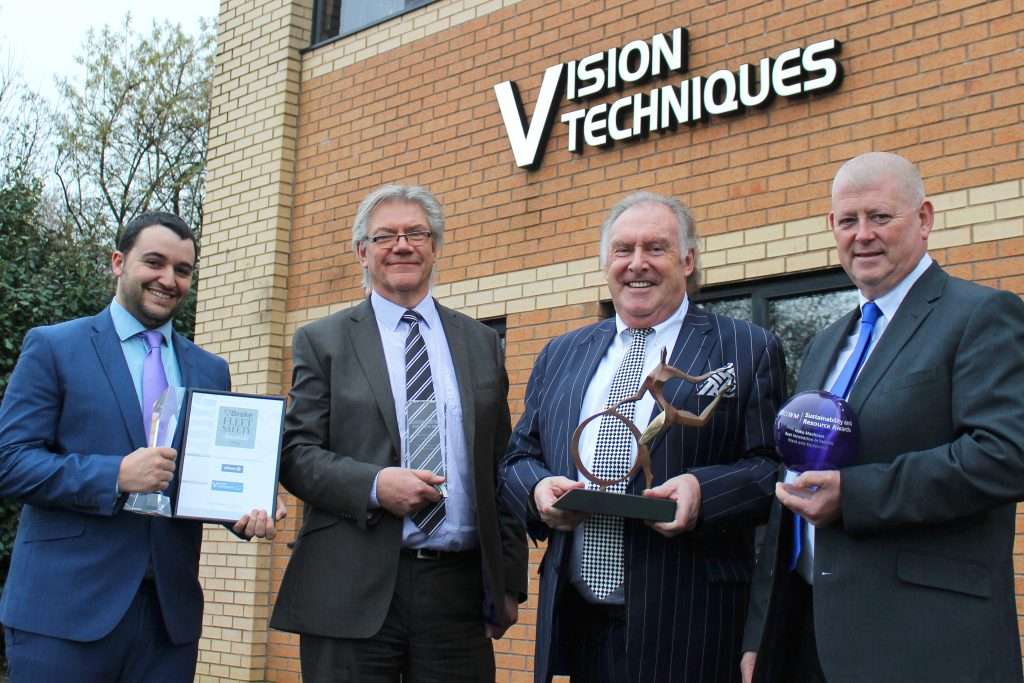 BRAKESAFE BREAKS RECORDS WITH 5TH AWARD WIN OF THE YEAR

Vehicle safety experts Vision Techniques have concluded the year with an award win for their rollaway preventing system VT BrakeSafe – bringing their award total to five wins across a variety of transport award ceremonies.

The most was at the Commercial Fleet Safety Awards in November, where the ‘Built in Britain’ safety system won the Best Product Award (sponsored by Fiat Professional). The event took place at the Hilton Birmingham Metropole on the 30th November and was attended by over 500 key players in the industry, including the FTA, BT Fleet, Volvo, DAF Trucks and Isuzu.

“We believe these award wins will provide us with a platform to educate different companies, businesses and councils on how new technology can solve a problem that has been faced by countless fleet opera-tors,” explained owner Michael Hanson.

BrakeSafe prevents a runaway from happening rather than simply warning the driver. The vehicle handbrake is automatically applied if the driver forgets it when leaving the vehicle, recognising multiple sensor inputs including the door position, whether the vehicle is running and if the driver is sitting on the seat.

The internationally patented system is a ‘one of a kind’, as no other system is able to actually prevent a rollaway from happening. The technology is also suitable for all makes and models of large vehicle and is suitable for new install or retrofit.

The rest of VT’s 2016 trophy cabinet is filled with award wins from the municipal, construction and freight industries. The first award was won at the Tipex Exhibition in Harrogate as sponsored by Iveco, closely followed by the prestgious Motor Transport Awards, where VT won the award for Best Innovation as sponsored by Goodyear.

Later in the year, BrakeSafe won the highly sought after Vehicle, Plant and Machinery award at the CIWM Awards in the waste sector before winning the ‘Best New Product’ award at the recent Commercial Fleet Safety Awards.

Vision Techniques believe the wealth of awards is a clear message that UK-built innovation that can solve the problems faced by the industry no matter what type of vehicle they operate – and this recognition helps convey that message.

Steve Hurd, National Sales Manager at Vision Techniques, said, “BrakeSafe and Vision Techniques have had a brilliant year bringing home all these awards. Winning Best Product at the Commercial Fleet Safety Awards has been like the cherry on the cake. What a great way to round up 2016.”

VT recently announced that British Gypsum were the first company to install BrakeSafe across their fleet of vehicles with the intention to integrate BrakeSafe on all new vehicles as standard, with procurement manager Kirk Ennis describing the system as “an essential purchase” for the coming years.