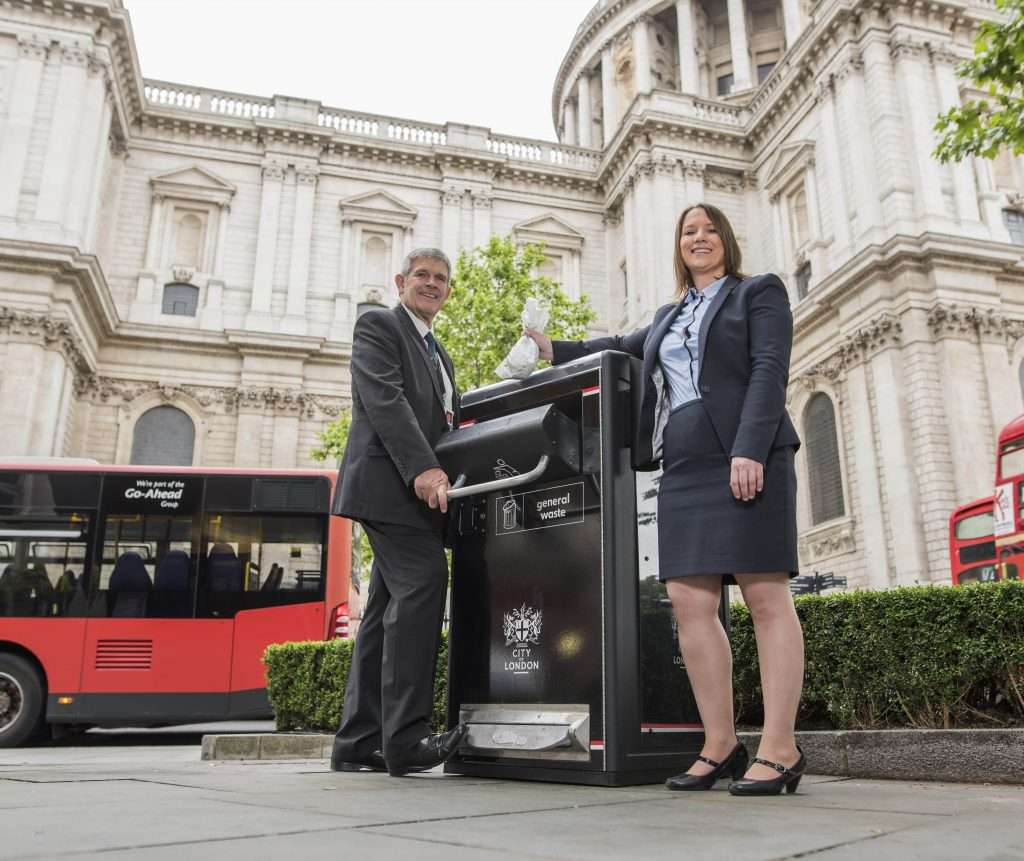 The City of London Corporation has become the first local authority in the UK to adopt the foot pedal-operated Bigbelly smart station, after Egbert Taylor Group’s waste technology brand, Bigbelly, developed it in conjunction with the council.

Eight units have been introduced to make waste disposal more attractive and accessible to residents, tourists and those working in and around the area who have hygiene concerns and are sometimes reluctant to touch the units’ handles with their hands.

The foot pedal system will not only address some users’ hygiene concerns, but also assist those with disabilities and who have children.

The new units have also been redesigned to incorporate a plastic, wheeled liner, allowing collection operatives to take out the rigid inner container and wheel it across to the collection vehicle to be emptied.

Steve Presland, Transportation and Public Realm Director at City of London Corporation, said: “The City of London is now busier than New York’s Times Square with some bins filling up in only 20 minutes.

“With Bigbelly’s compaction technology, we can fit seven times more waste than conventional bins in each unit, which makes waste collection so much more efficient. However, if people are reluctant to lift the lids then we are missing opportunities to collect even more.

“We spend over £3.5 million a year cleaning the City’s streets. The Square Mile is the world’s leading international financial centre, and its workers and residents rightly expect the street scene to be of a very high standard in which to live and work. This new solution could make our streets even cleaner and we look forward to seeing the results.”

Liz Carroll, Area Business Manager for London at Egbert Taylor Group, added: “Not only does this demonstrate how every local authority and London borough has its own issues and challenges, but also that Egbert Taylor Group has the ability, through its brand portfolio, to develop solutions in collaboration with our customers.

“We now fully expect the foot pedal unit to become a mainstay within the UK’s waste collection landscape.”