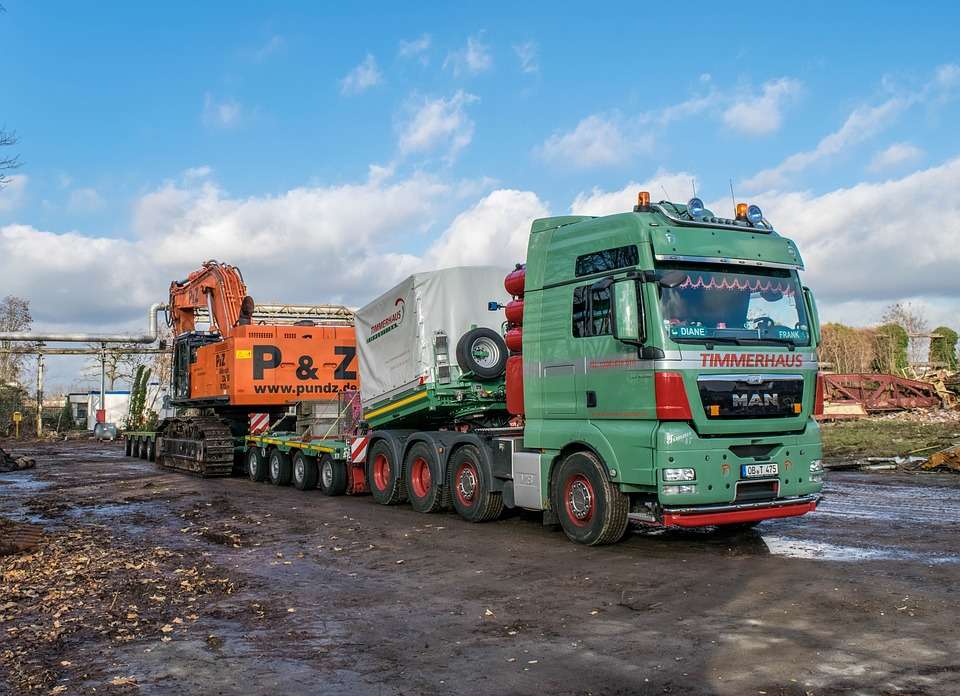 Hooks, Skips and Tippers… The ‘rigid’ backbone of the waste industry

Now more than ever, do your homework, talk to people you trust, and check every detail … then  check it  all again, says Ainsley Fraser

The diverse range of vehicle chassis and equipment now available on the market is certain testimony to the  dynamic  buoyancy of the waste industry – and most of what is out there is well engineered, fit for purpose and  compliant with some  of the most stringent regulations in the transport sector. But if you are in the market for new  equipment, there are a number  of important considerations – and just as many options – to have front of mind  when deciding what to do. Here are just  some of them:

Probably the biggest, single impact on the waste industry, so far as vehicles are concerned, has been the arrival of  WVTA (Whole Vehicle Type Approval). In this issue, we are looking only at tippers, hook loaders and skip loaders –  so tractor units, articulated and drawbar trailers are not considered – although of course, they are very fully covered in the new regulations.

WVTA is one of the most comprehensive and complicated rafts of legislation to arrive on the shoulders of the transport industry for many years. By comparison, even Euro VI, which really applied to the engine, emissions and exhaust plumbing, was comparatively straightforward – even if expensive.

WVTA, as it affects rigids in our industry, applies to any vehicle over 12,000kg up to 32,000kg. The two main classes are N3 (highway use only) but more commonly for us, N3G which covers vehicles which may go off-road. From a visual point of view, the easy features to spot on both are side and rear under-run protection. Wings and spray suppression must also comply – but spray absorbing mud flaps are not required if the vehicle is the off-road type. So given the nature of waste operations, the huge majority of vehicles are ‘construction’ type chassis variants and thus in the N3G classification so far as WVTA is concerned.

Virtually all of the chassis manufacturers have now completed base vehicle type approval on all their models – but in ordering the chassis, make sure you order the right one – as later modifications, such as changed rear cross members, can lead to a costly variations in approvals – and delays in delivery.

Now let’s turn our attention to the bodies and equipment on the back. Most UK body builders have gone the route of NSSTA (National Small Series Type Approval). This classification is restricted to production of no more than 250 units of a particular model in one year. There are other, wider classifications, such as EU-wide WVTA, for which some have opted – or, for low volume, specialist or bespoke applications, there is IVA (Individual Vehicle Approval). The latter will be more costly – probably several thousand pounds extra, will require individual test and inspection – and it is a longer process.

For the operator to navigate the right path through the regulations at the point of placing the order, good communications and understanding between customer, manufacturer, dealer and body builder is absolutely crucial. Indeed, it is so important that it is likely to strongly influence the choice of vehicle and equipment – as operators will tend to go to who they know and trust, rather than ‘take a flyer’ on a special deal.

Now let’s look at some of the other considerations. Chassis choice for two axle skip operations is likely to have easy access well up the list. The driver is likely to be repeatedly in and out of the cab – so a lower step, floor and probably a smaller narrower cab will be first choice. With few exceptions, the majority of skip loader operations tend to be within smaller operating radii of base than others, so multiple return trips in a day’s work – and lots of hopping in and out . Power-wise, two axle units have stayed pretty much the same at around 220-240 bhp.

By and large, the basic design and functionality of skip platforms hasn’t changed a great deal, but with extending arms pretty much the norm these days, most operators now choose pads on stabilisers, rather than wheels. Pads also have the advantage of giving a better load spread on the ground, compared with wheels which will impose a narrow point loading.

Moving up then to three and four axle rigids, the nature of operation is largely different – although cab specification and features will still be high on the list. Drivers tend to expect all the toys these days and extras, such as air conditioning, are no longer regarded as a luxury. One of the most noticeable trends with these vehicles however, has been the gradual increase in power. Whereas a 6×4 would have historically carried around 280bhp, that is now typically 320–340bhp and if the vehicle is going to operate with a drawbar, then it will go up even to 480bhp. In the ubiquitous 8-legger sector, the power has gone too – from around 320bhp up to 400–440bhp.

Most waste operators want a vertical exhaust, but certainly since the arrival of Euro VI, that has become more difficult. The norm now is that there will be a dual box installation on the chassis – DPF (Diesel Particulate Filter) plus the main catalytic converter body – and then the pipe may be routed upwards behind the cab.

Elsewhere amongst the chassis features, it is probably wise to specify the manufacturer’s fitted power take-off – because then the unit will be covered by the OE manufacturer’s warranty – rather than the shorter cover which might go with an after-market fitment, installed by the body builder. Moreover, an OE fitted PTO will be matched and integrated as part of the drive train.

So we have now ordered our chassis … it is the right model and specification and it has now been delivered to our preferred body builder for the installation of handling equipment or a tipper body. If it is the latter – and for waste operations, it will almost certainly be a steel body – and there are some very good proven designs in the market. We did see an aluminium body on demo quite recently… and new vehicle it may have been, but the body looked as if it had been in a war zone! Okay, there may be a payload penalty for steel and it may be as much as 5%… but at least you know you will get the life out of it.

On hook loaders, look for real engineered strength in the frame and particularly the ‘stinger’. Quality controls and hydraulics are key features too – as are rollers and bin/container locking systems. These are components which have to survive a punishing life in operation. Also, look for vulnerable components and mountings, for example on sheeting systems and so on – and the sheeter itself ideally wants to be one which deploys ‘over’ the load, rather than being pulled across it, which can snag or damage the sheet.

One of the other impacts of WVTA has been increased standardisation – because specials such as operator choice reinforced rear sections would count as a variation in the approval process – so many if not most have disappeared. Yes, there are some specials still being built – such as rear ground rollers in the scrap metal industry, but these are now the exception rather than the rule. One increasingly common feature is a rear coupling in order to operate with a drawbar trailer. Again, there are some really good units about, but make sure that its installation and integration with rear under-run protection ticks all the boxes for approval.

Apart from the chassis and body equipment on the vehicle, what else needs to be thought about? If weighing is required, then there are two ways to go – it depends on what you want it to do. If simple overload protection is all that is required, then there are some adequate but quite basic systems available and most are accurate well within 100kg. However, if you are charging by weight collected, then onboard load cells are the established option and these are typically accurate to within 20kg. There are also bin-weigh systems and for skips, some options to weigh through the hanging chains. This is a helpful way to go as, certainly with a Euro VI chassis, the under body area is so congested that one would struggle to find anywhere to mount a system. So far as loading controls are concerned, there are now remote control packs available through most of the leading equipment companies, which enables the operative to select the best position for safety and visibility.

Then there are the initiatives which have emerged such as FORS, the Fleet Operator Recognition Scheme (www.fors-online.org.uk). TfL’s framework requirements to work in Central London, Crossrail site compliance – and others have all fed into the growing take-up for FORS. Although currently a voluntary framework, more working contract conditions are demanding FORS accreditation, be that at Bronze, Silver or Gold level. Alongside these initiatives, a range of additional systems have appeared, such as side mounted cameras, cyclist proximity sensors, warning devices and video recording. All clearly contribute to operating safety and driver and road user awareness – but all also add cost to the vehicle.

Any and all of the above provide food for thought on costs. Let’s say that, in round numbers, a skip loader may command an all-up price of around £80,000… a tipper, probably £110,000 and a hook loader, probably the thick side of £120,000. So the likelihood these days is that the operator is going to choose to finance the asset. Or maybe that also explains why the rental and contract hire companies are all busy? Most operators will now also look for servicing and maintenance packages as part of the sale.

And having got it, how long do you keep it? There are quite a few big operators in the industry who buy brand new, run for say 2-3 years and move the asset on as cover ends on chassis manufacturer’s warranty. Thus, the second user market for these units is quite buoyant, but it assumes that the fleets have the cash to buy the new units in the first place and then the facilities to retail them themselves. Others will keep their vehicles for much longer and an operating life of seven years or even more is not at all uncommon. It’s all down to choice and cost.